An antibody that could be effective in neutralising coronavirus has been found by researchers at the University of Pittsburgh School of Medicine (UPMC).

The antibody, which is 10 times smaller than a full-sized antibody, has been used to create a drug named Ab8 that researchers hope might be able to prevent and treat the virus.

Researchers reported that the drug has so far proven “highly effective in preventing and treating SARS-CoV-2 infection” in mice and hamsters.

The drug has also shown signs that it won’t have negative side-effects in people, as it does not bind to human cells, researchers said.

“Ab8 not only has potential as therapy for Covid-19, but it also could be used to keep people from getting SARS-CoV-2 infections,” said co-author John Mellors, chief of the Division of Infectious Diseases at Pitt and UPMC. Xianglei Liu of Pitt is also co-lead author of the study.

“Antibodies of larger size have worked against other infectious diseases and have been well tolerated, giving us hope that it could be an effective treatment for patients with Covid-19 and for protection of those who have never had the infection and are not immune,” Dr Mellors added. 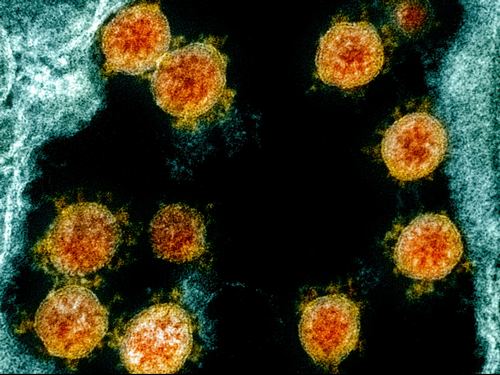 Notably, researchers said that they are “thinking outside the box” in how the drug could be administered. The report suggested that alternative routes for administration may be possible, including inhalation or a spiky plaster-like patch.

“Its small size might allow it to be given as an inhaled drug or intradermally, rather than intravenously through an IV drip, like most monoclonal antibodies currently in development,” the report says.

During initial tests, even at the lowest dose, Ab8 decreased by 10-fold the amount of infectious virus in those mice compared to those who were untreated.

“The Covid-19 pandemic is a global challenge facing humanity, but biomedical science and human ingenuity are likely to overcome it,” said Dr Mellors, also Distinguished Professor of Medicine, who holds the Endowed Chair for Global Elimination of HIV and AIDS at UPMC.

“We hope that the antibodies we have discovered will contribute to that triumph.” Biden would beat Trump again if they both run in 2024, poll suggests