Green energy sources are not to blame for the winter storm Uri power blackouts in Texas, experts say. More than 4.2 million people were left without power after a rare cold front brought record-breaking freezing conditions to the state.

Fox News host Tucker Carlson, among others, has tried to point the finger at renewable energy sources such as wind turbines for the rolling blackouts seen in the state.

“So it was all working great until the day it got cold outside. The windmills failed like the silly fashion accessories they are, and people in Texas died,” said Carlson on his Monday show.

Texas Governor Greg Abbott has called for the state legislature to investigate the Electric Reliability Council of Texas, which manages the flow of 75 per cent of power in the state.

The grid operators said that nearly half of all wind power generators had gone offline because of the unusually moist winter conditions.

But experts have been quick to say that the freezing-up of wind turbines in the state is not the main reason why many areas have been thrown into darkness. 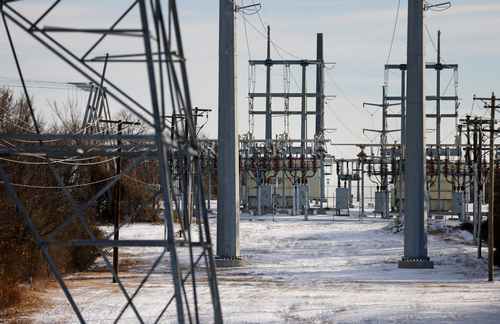 ERCOT acknowledges that frozen wind turbines have played a role, but that frozen instruments at natural gas, coal and nuclear facilities and a limited supply of natural gas are the main factors.

“We’ve had some issues with pretty much every kind of generating capacity in the course of this multi-day event,” said ERCOT’s Dan Woodfin.

Wind shutdowns during the current crisis accounted for 3.6 to 4.5 gigawatts of energy, or less than 13 per cent of the 30 to 35 gigawatts of total outage, Mr Woodfin told Bloomberg.

At this time of year wind only accounts for 25 per cent of the energy generated in Texas, which rises to 60 per cent during other periods.

“The performance of wind and solar is way down the list among the smaller factors in the disaster that we’re facing,” Daniel Cohan, associate professor of environmental engineering at Rice University, told Bloomberg.

Experts say that the main issue is that the power grid is simply not built to sustain the current load being placed upon it during the bad weather.

“Grid demand is so much higher than we’ve really built the system for in the wintertime,” said Joshua Rhodes, a research associate at the University of Texas at Austin.

“No one’s model of the power system envisioned that all 254 Texas counties would come under a winter storm warning at the same time.

“It’s putting major strain on both the electricity grid and the gas grid that feeds both electricity and heat.”

And experts say that wildly fluctuating weather brought on by the climate crisis will cause increasing problems as the systems only work if operators can reliably predict future dangers.

And the more unpredictable the weather the more stress will be placed on the grids, experts tell the New York Times.

“It’s essentially a question of how much insurance you want to buy,” Jesse Jenkins, an energy systems engineer at Princeton University, told the newspaper.

“What makes this problem even harder is that we’re now in a world where, especially with climate change, the past is no longer a good guide to the future. We have to get much better at preparing for the unexpected.” 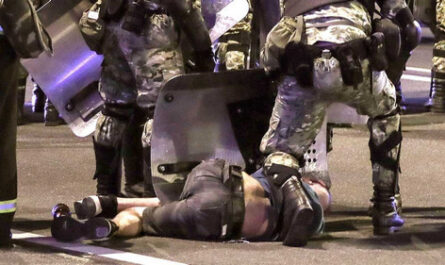