Indonesian police are on the hunt in Bali for a Russian fugitive wanted by Interpol after he escaped from custody while waiting to be deported from the resort island, authorities said Monday.

CCTV footage released by the authorities showed Andrei Kovalenko sneaking out of the immigration office in Denpasar detention center on Thursday while officials were busy finishing his transfer paperwork and running outside.

Police said Kovalenko was wanted by Interpol but declined to specify what crime he committed overseas.

“We are still investigating this case and we have deployed all our resources” to search for him, Bali police’s head of general crimes, Djuhandani Rahardjo Puro told a press conference Monday.

Immigration officials immediately alerted the police and the Russian Embassy to search for Kovalenko, who has also used Andrew Ayer as a name. 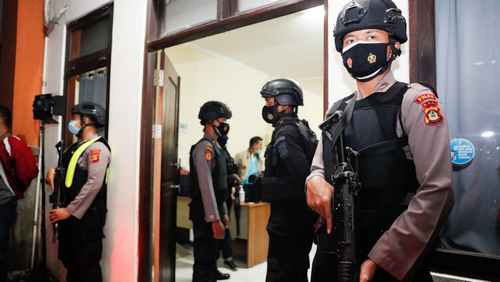 The Russian Embassy, contacted by AFP, declined to comment on the case.

The 32-year-old Russian was arrested in a cafe in the popular tourist hub Kuta in 2019 for selling hashish to fellow tourists. He was sentenced to 18 months in prison and was released on Feb. 3.

On his way out of Kerobokan prison, he was handed over to immigration officials while waiting to be deported.

Police said Kovalenko escaped after he received a visit from a Russian female friend identified as Ekaterina Trubkina, now also wanted for allegedly assisting him.

Indonesian authorities have previously caught international fugitives wanted by Interpol who sought to hide in the palm-fringed island of Bali.

In July last year, Bali police arrested Marcus Beam, an American fugitive accused of scamming $500,000 from women he met online between 2015 to 2019.

A Russian social media star with millions of followers has been kicked out of Bali for holding a party on the Indonesian holiday island that broke virus rules, authorities said Monday.

Sergey Kosenko’s deportation comes days after Bali officials sent a gay American couple home after the women called the island “queer friendly” in tweets that went viral, and encouraged foreigners to come and stay there during the pandemic.

Kosenko, 33, was put on a plane bound for Moscow on Sunday and would be banned from returning for at least six months. 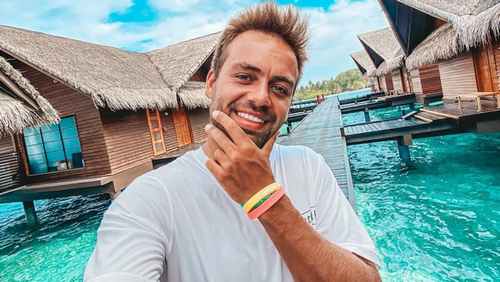 Kosenko, who has nearly 5 million followers on Instagram, made headlines in December after he posted a video of himself and a woman driving a motorbike off a dock.

Immigration officials moved against him after he posted another video of a party he held this month at a local hotel which breached health protocols banning large gatherings, authorities said.

More than 50 people were in attendance despite the restrictions.

Kosenko also had misused his visitor visa by doing business while on the island, they added.

Kosenko is from Smolensk, a city west of the Russian capital, according to his social media, where he blasted his deportation as “outrageous.”

“If in Russia the law doesn’t work as it should, here there is no law at all,” Kosenko wrote.

“There’s no presumption of innocence — they just deport you.” Could Benjamin Netanyahu era be nearing its end?