Belarus on Wednesday confirmed the death of a jailed protester after police violently cracked down on demonstrations over disputed presidential polls.

The riot police have arrested thousands in street clashes across the country after long-serving leader Alexander Lukashenko claimed a landslide victory in Sunday polls.

The strongman’s opponents accuse him of rigging the election where his main rival was a massively popular opposition candidate, Svetlana Tikhanovskaya.

The Belarusian Investigative Committee said in a statement that a 25-year-old man died after he was detained on Sunday in the southeastern city of Gomel and sentenced to 10 days in prison for taking part in illegal protests.

Investigators said the cause of death was unclear, while Radio Free Europe/Radio Liberty earlier quoted the man’s mother as saying he had heart problems and was held for hours in a police van.

Previously police said one protester died when an explosive device went off in his hand on Monday. 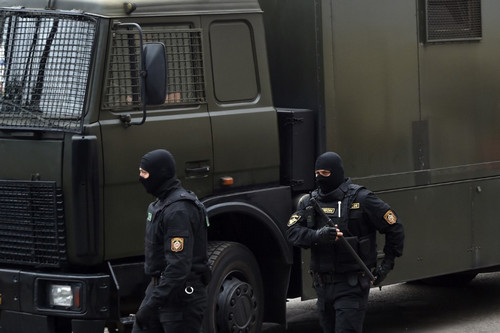 The latest death came as opposition protesters took to the streets to condemn police violence.

“The riot police are beating up people, brutally beating them, and all we can do is come out for such a peaceful protest,” said one protester, 29-year-old Darya, who works in advertising.

French President Emmanuel Macron said he was “very worried” by the violence while US Secretary of State Mike Pompeo urged the European Union to “take action,” saying: “We want the people of Belarus to have the freedoms that they are demanding.”

EU foreign ministers are set to discuss Belarus at an extraordinary meeting on Friday.

Lukashenko on Wednesday dismissed the demonstrators as “people with a criminal past who are now unemployed” and told them to get jobs.

State television aired footage of detained young protesters with bloodied and bruised faces being asked if they wanted a “revolution.”

The protests broke out after authorities said Lukashenko, who has been in power since 1994, won 80% of the vote in Sunday’s polls.

Tuesday night saw smaller numbers on the streets than on previous days, after police cordoned off city centres and limited transport.

The interior ministry said protesters gathered in 25 cities and towns around the country and that more than 1,000 people were detained.

That brought the number of detentions to more than 6,000 after three days of protests.

Police acknowledged opening fire on demonstrators and wounding one in the southwestern city of Brest on the Polish border.

They said the protesters were armed with metal bars and ignored warning shots.

The official results gave her 10% of the popular vote but Tikhanovskaya said the election was rigged and claimed victory, demanding that Lukashenko hand over power.

She left Belarus for neighboring Lithuania on Tuesday as allies said she came under official pressure.

Oleg Gulak, the head of the Belarusian Helsinki Committee rights group, said he was “stunned by the unprecedented level of cruelty and violence” used against protesters.

“Last night was the scariest night in Belarus’s modern history,” he said.

On Wednesday, hundreds of people gathered outside a pre-trial detention center in Minsk in an effort to learn about the fate of missing family members.

One woman, 25-year-old Viktoria, wept as she said that police had grabbed her husband on the street.

“He just had time to say ‘for what?’ before they grabbed his arms, twisted them behind his back and took him to a police van,” she said. 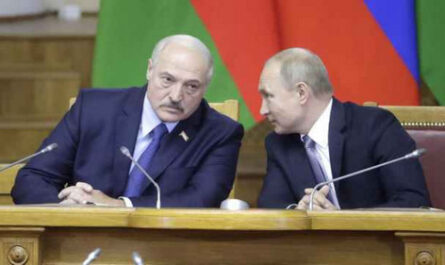 Anger From Moscow, Minsk as EU, US Sanction Belarus