Belarus’ opposition is not anti-Russian despite its objections to recent Russian-Belarusian deals made amid mass post-election protests, exiled opposition leader Svetlana Tikhanovskaya said in an interview published Sunday.

Tikhanovskaya had on the eve of last week’s meeting between Russian President Vladimir Putin and Belarus’ Alexander Lukashenko vowed to “reconsider” any newly reached agreements if she comes to power. At the Sept. 14 Sochi summit, Putin pledged a $1.5 billion loan to Belarus in exchange for closer ties between the ex-Soviet neighbors and allies.

“The Belarusian people don’t currently consider Alexander Lukashenko a legitimate president,” Tikhanovskaya told the RBC news website. “A future legally elected president will of course have the right to review the agreements concluded between any countries.”

“You must understand that we have absolutely nothing against Russia. This is one person’s artificially inflated opinion,” she said. 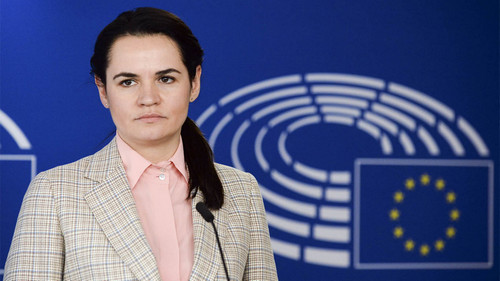 Tikhanovskaya, 37, who fled to Lithuania under pressure from the authorities after the Aug. 9 presidential election, accuses Lukashenko of rigging the vote and says she is the rightful winner. Belarusians have taken to the streets of Minsk and other cities in unprecedented numbers to protest the election results, with thousands detained and hundreds complaining of abuse and torture from law enforcement.

In the RBC interview, Tikhanovskaya said she “regrets” that Putin chose to back Lukashenko in the face of Belarus’ widespread anti-Lukashenko protests.

The political novice, who ran for president after her husband and other Lukashenko rivals were jailed or driven out of the country, underscored her role as a transitional figure until someone else is elected in a new and transparent vote.

“I’m not asking to see a future president of Belarus in me,” Tikhanovskaya told RBC.

Tikhanovskaya has maintained that the protest movement sweeping across the country is not aimed against Russia.

On Monday, she urged EU ministers to agree on sanctions against dozens of Belarusian officials accused of election fraud and the brutal crackdown on protesters, but was met with staunch resistance from Cyprus. Science will be at `forefront’ of his administration 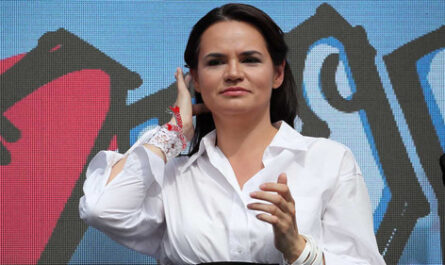