Boeing is set to pay $2.5bn (£1.84bn) to settle a criminal conspiracy charge for misleading regulators about the safety of its 737 Max aircraft, which was grounded for almost two years following two deadly crashes.

The settlement announced on Thursday is part of a three-year deferred prosecution agreement with the US Department of Justice, Boeing said.

Provided that the planemaker “abides by the obligations set forth” in the agreement, the charge will be dismissed after the three year period. 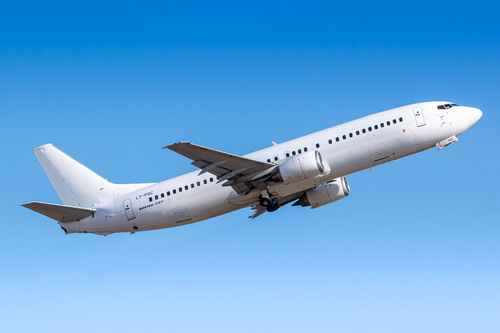 Prosecutors said Boeing employees concealed important information about the plane from the Federal Aviation Administration (FAA), then covered up their actions.

“The misleading statements, half-truths, and omissions communicated by Boeing employees to the FAA impeded the government’s ability to ensure the safety of the flying public,” said Erin Nealy Cox, the US Attorney in Dallas.

Boeing admitted in court filings that two of its technical pilot experts deceived the FAA about a flight-control system called the Maneuvering Characteristics Augmentation System, or MCAS, that could point a plane’s nose down if sensors indicated the plane might be in danger of an aerodynamic stall – that it might fall from the sky.

The planemaker was said to have downplayed the significance of the MCAS and didn’t mention it in aeroplane manuals. Not all pilots received training on the system either.

David L. Calhoun, Boeing president and chief executive officer, said in a note to employees: “I firmly believe that entering into this resolution is the right thing for us to do – a step that appropriately acknowledges how we fell short of our values and expectations. This resolution is a serious reminder to all of us of how critical our obligation of transparency to regulators is, and the consequences that our company can face if any one of us falls short of those expectations.”

In the two fatal crashes involving the 737 Max – the Lion Air flight on 29 October 2018 and Ethiopian Airlines flight on 10 March 2019 – the MCAS was activated by a faulty reading from a single sensor. In both cases, the system repeatedly pushed the planes’ noses down and the pilots were not able to regain control of the aircraft.

The model was grounded in March 2019 following the second fatal crash.

As part of the return to certification, Boeing changed the MCAS so that it always uses two sensors. A number of other changes were also made to make the automated system less powerful and easier for pilots to override. Additional pilot training was also required by the FAA.

The UK and European regulators have yet to recertify the aircraft but are expected to follow suit in hte next few months.

A Boeing 777 airliner on Friday made an emergency landing in Moscow with engine problems, the operating airline said, days after another model rained down engine debris over the United States.

State-owned Rossiya airline said the crew had registered the “incorrect operation of the engine control sensor” on a cargo flight from Hong Kong to Madrid and “decided to make an emergency landing in Moscow.”

Online flight trackers confirmed the flight was carried out with a Boeing 777.

The airline said the unscheduled landing went ahead without incident and that no one was injured. The plane was due to continue its onward journey to Madrid after a delay of several hours, it added.

The incident came just days after Boeing confirmed that dozens of its 777 aircraft were grounded globally resulting from the engine of a United Airlines plane catching fire and scattering debris over a suburb of Denver, Colorado.

Rossiya told AFP later Friday that the Boeing 777 that made the emergency landing in Moscow was fitted with a different make of engine to the plane that shed engine parts in the United States last week.

The United Flight engine failure was a fresh blow for the beleaguered U.S. aviation giant that was forced to ground another fleet of planes after a series of deadly crashes.

Malfunctions in engines are not uncommon and most airplanes are designed to be able to fly for several hours on one engine until crew identify and land at the nearest available airport.

Investigators have attributed the Denver incident to a fan blade that broke off soon after takeoff due to metal fatigue and apparently breached the engine cover, known as a cowling. As Anger at Ruling Regime Boils Over, Putin Strikes Hard Against Dissent