At least one in every 10 Americans have now received the first dose of the coronavirus vaccine, based on data tracked by the Centres for Disease Control and Prevention (CDC).

More than 32.8 million people have received one or more doses of the vaccine, according to CDC data, and 9.8 Americans have recieved the second dose. In total, the federal government has distributed more than 62 million doses to states in an effort to vaccinate the American public swiftly.

The milestone of vaccinating one in 10 Americans was significant, but it comes as several highly transmissible Covid-19 variants are spreading through the country.

Health officials said both Pfizer and Moderna’s two-dose vaccines, which are the only jabs to receive emergency use authorisation from the Food and Drug Administration (FDA) to date, were still effective against the United Kingdom and South African variants. Concern has risen, though, that other variants could form that would impact the vaccines.

Joe Biden promised to “move heaven and earth” to administer at least 100 million doses of the vaccine within his first 100 days in office.

In order to fulfil this promise, his administration would now send 11 million vaccine doses out to states each week from the 8.5 million previously sent under the Trump administration. The increased shipment would start next week. 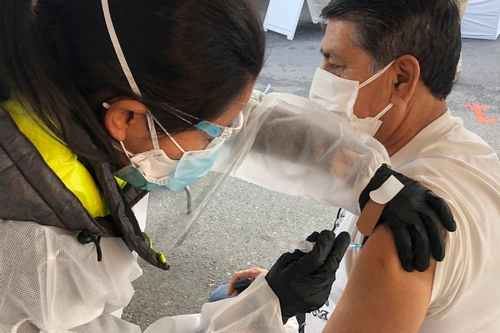 Additionally, Mr Biden has directed the Federal Emergency Management Agency (FEMA) to open mass vaccination sites across the counry and provide states with additional people to administer the vaccine doses.

Last week, the White House Covid response team announced the administration would launch its federal pharmacy program that would deliver vaccines to about 6,500 pharmacies. This initiave would start on 11 February.

It was also announced earlier on Tuesday that community health sites would also receive vaccine doses from the federal government to provide equitable distribution of the vaccine to underserved and rural communities.

This has led to the US administering more than 1.3 million vaccine doses per day, and experts estimated the number could increase to 1.5 million or 2 million doses administered per day in the coming weeks.

Emphasis on vaccinating the public comes as January was the deadliest month in the pandemic for the US after more than 95,000 Americans died from the novel virus. But vaccinations were up across the US, while case numbers and hospitalisations have declined – giving hope to the public that the country could gain control over the virus.

Although vaccine distribution has increased, health experts estimated the vast majoirty of Americnas won’t have access to a Covid-19 vaccine until summer 2021. 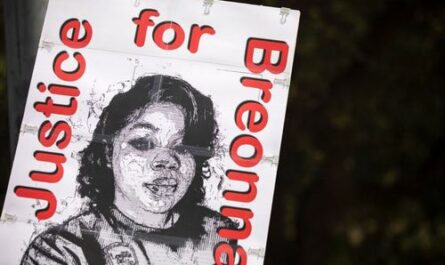