At least 10 members of Russia’s lower house of parliament are currently hospitalized with coronavirus and more than 50 have developed antibodies, its speaker said Tuesday.

“To date the number of those with antibodies has exceeded 50 people and 10 deputies are in hospitals,” Volodin was quoted by Interfax as saying.

“The course of the disease is different with everyone. We’ve proposed measures that allow the maximum number of people to gather in this chamber,” he added.

The 450-member State Duma needs 226 lawmakers to be present in order to vote on legislative initiatives. 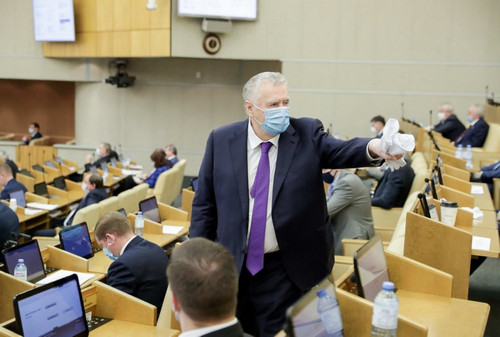 A database of Duma votes showed that at least 400 deputies were in attendance last week.

Russia saw an uptick in its daily coronavirus caseload this month, with more than 5,000 confirmed infections since the start of September and more than 6,000 in each of the past four days.

Since the start of the Covid-19 pandemic, Russia has registered more than 1.1 million cases and more than 19,500 deaths.

Several government officials, including President Vladimir Putin’s spokesman and the prime minister, have contracted and since recovered from Covid-19.

A study by a Japanese supercomputer has reportedly suggested face shields are largely ineffective at blocking smaller respiratory droplets.

Plastic visors have been used as well as face masks during the Covid-19 pandemic, as people aim to stop the spread of coronavirus while coming into contact with others.

However, modelling in Japan has reportedly cast doubt over how effective face shields are – especially when it comes to stopping the smallest droplets from getting out into the air.

Riken, a Japanese research institute, claimed around half of droplets measuring 50 micrometres in size escaped, the newspaper reported. 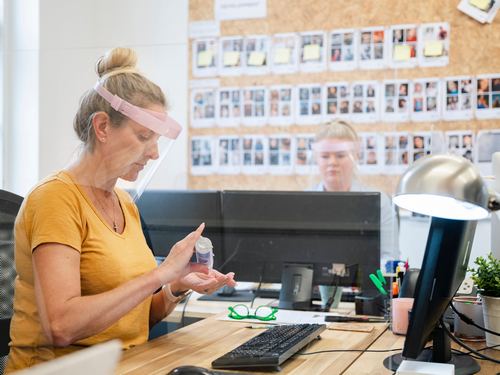 Fugaku has been looking at Covid-19 during the pandemic, and has been simulating how the virus spreads.

Makoto Tsubokura from Riken’s centre for computational science reportedly warned against using face shields as a replacement for face masks if the switch is not necessary.

“Judging from the results of the simulation, unfortunately the effectiveness of face guards in preventing droplets from spreading from an infected person’s mouth is limited compared with masks,” he told The Guardian.

“This is especially true for small droplets of less than 20 micrometres,” he said, adding: “At the same time, it somehow works for the droplets larger than 50 micrometres.”

Countries have told people to wear masks in certain situations, such as on public transport or in shops, as part of efforts to control the pandemic.

Boris Johnson, the British prime minister, expanded rules over face masks in England on Tuesday, telling people they must use coverings when in taxis, and in hospitality venues when they are not eating or drinking. The Treasure of William Brumfield Premieres in Moscow