The Trump campaign has been unable to provide evidence of mail-in voter fraud in response to a request from a federal judge in Pennsylvania, casting doubt on the president’s repeated assertion that mail-in ballots could be “rigged” against him.

A lawsuit filed by the campaign to block the use of drop-off ballot boxes – where voters can deliver their mail-in ballots to be picked up by election officials – had alleged that their use would increase the risk of voter fraud in the battleground state.

But when asked by Judge J Nicholas Ranjan to provide evidence, the campaign filed hundreds of pages of documents that failed to identify any instances of mail-in fraud.

The 524-page court filing, shared with The Independent, instead included numerous news reports about non-mail-in voter fraud that was discovered and prosecuted, together with requests by the campaign for information from various counties across the state.

“This lawsuit, and specifically, the vague allegations of misconduct and questions about how our new vote-by-mail process works, are part of an attempt to undermine the integrity of our elections or raise questions about the outcome in November,” she added. 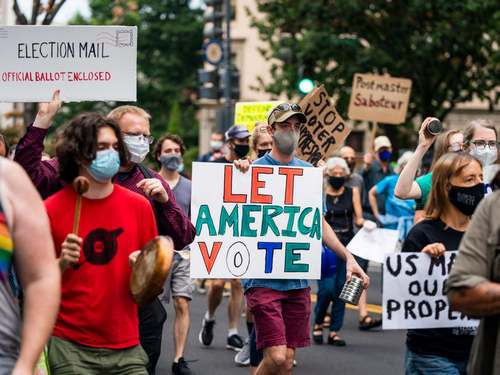 The apparent failure to provide any substantial evidence of mail-in ballot fraud in the case is likely to undermine Donald Trump’s repeated claims that they could be used to rig the election against him. The president has railed against mail-in ballots and ballot drop off boxes almost daily in recent weeks, despite voting by mail himself.

“Mail ballots are very dangerous for this country because of cheaters. They go collect them. They are fraudulent in many cases. They have to vote,” he said earlier this month, also without evidence.

At the same time, his campaign has sued several states to block the expansion of voting by mail. In the Pennsylvania lawsuit, the campaign sued the secretary of state and 67 election counties, in a major legal test of the claims.

Pennsylvania has introduced a number of voting reforms in the past year to expand mail-in ballots, including the introduction of drop boxes across the state. In other states where the boxes are used, it is not uncommon for half of all mail-in ballots to be delivered through them.

The ballot drop off boxes are likely to see greater use in the presidential election due the continued threat of the coronavirus and worries about delays in the postal service.

The suit, which is backed by the Republican National Committee and Pennsylvania Republican congressmen Glenn Thompson, Mike Kelly, John Joyce, and Guy Reschenthaler, seeks to prohibit ballot returns to any location other than the county elections office

Filed at the end of June, it claims election officials in the state “have sacrificed the sanctity of in-person voting at the altar of unmonitored mail-in voting and have exponentially enhanced the threat that fraudulent or otherwise ineligible ballots will be cast and counted in the forthcoming general election.”

It argues that permitting the use of drop boxes “allows illegal absent and mail-in voting, ballot harvesting, and other fraud to occur and/or go undetected, and will result in dilution of validly cast ballots.”

In response to the suit, Democrats and voting rights groups filed a motion calling for the Trump campaign to provide evidence of voter fraud to substantiate their claims, which the judge granted.

“The Court finds that instances of voter fraud are relevant to the claims and defences in this case,” District Judge Ranjan wrote. “Plaintiffs shall produce such evidence in their possession, and if they have none, state as much.”

The campaign then responded with the 524-page document. A hearing is due to take place later next month to hear the evidence.

The Independent contacted the Trump campaign for a response.

The case in Pennsylvania is one of the first major tests of Mr Trump’s repeated claims about mail-in ballot fraud in this election.

Voting rights advocates have warned the lawsuit in Pennsylvania is an attempt by Trump campaign to undermine the democratic process and suppress the vote. In a state that the president won by only 44,000 votes in 2016 – or 0.7 percent of the vote – the stakes are high.

The outcome of this case could also impact similar legal battles taking place across the country over the expansion of mail-in ballots. 5 Sentenced to Life in Turkey for Russian Envoy’s Murder 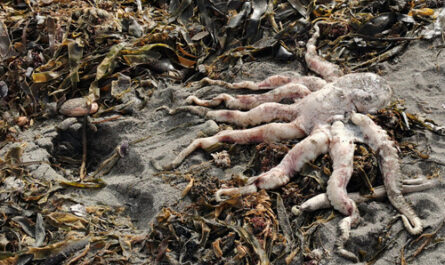