It can be disconcerting to discover you have been at war for seven years. The Czech government’s announcement that Russia was behind an explosion in an arms depot in 2014 and consequent expulsion of 18 diplomats has not only brough new acrimony to Prague’s relationship with Moscow, it also speaks volumes about the Kremlin’s wider thinking.

The blast and subsequent fire in Depot 16 in Vrbětrice destroyed 50 tonnes of munitions and killed two workers. Originally assumed to have been the result of an accident, at a dramatic weekend press conference, Czech Prime Minister Andrej Babiš announced that as of Friday, he had received “clear evidence” linking officers from the GRU, Russian military intelligence, was behind it.

As a result, 18 Russian diplomats Prague identified as intelligence officers were given 48 hours to leave the country. Furthermore, the Czech police’s organized crime squad (NCOZ) announced that the two alleged members of the GRU’s now-notorious Unit 29155 were none other than “Alexander Petrov” and “Ruslan Boshirov,” otherwise known as Alexander Mishkin and Anatoly Chepiga, the men identified as behind the Salisbury novichok case in 2018.

It is hard to know which is more surprising: the timing, the scale of the Czech response, or the operation itself.

Less than a week earlier, Foreign Minister Tomaš Petřiček had been sacked, in part because he was opposed to buying the Sputnik V vaccine. Instead, Deputy Prime Minister Jan Hamáček had been due to travel to Moscow for discussions on this very topic (though he now claims this was just a smokescreen as the expulsions were prepared). 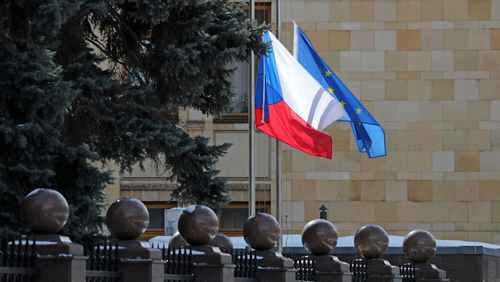 Meanwhile, Rosatom was one of the contenders for the contract to renovate the Dukovany nuclear power station.

Indeed, Prague was being touted as a potential venue for a Biden-Putin summit.

Suddenly, it is locked in a fierce political battle with the Kremlin. Russia promptly ordered the expulsion of 20 Czech diplomats – a much greater share of its proportionately smaller embassy in Moscow — and there may also be covert retaliation to follow.

No wonder not only that some in the Czech Republic are suspicious, presuming that the scandal-dogged Babiš was either trying to introduce a distraction, or else doing a favor for some ally. Certainly this last seems to be the favored line in Moscow.

In the government’s Rossiiskaya Gazeta, for example, it was claimed that the Czech counter-intelligence service “BIS, which has actually turned into the Eastern European branch of the CIA and MI6,” was actually sabotaging its own government.

With its “deliberate and destructive actions” it “not only … pleased its Western partners (or fulfilled their direct order), but also nullified the anticipated warming in relations between the Czech Republic and Russia.”

Komsomolskaya Pravda likewise spat that ‘the vassal must fulfil the will of the master’ and suggested that again it was the U.S. and U.K. who wanted this crisis.

Babiš is talking about declassifying the intelligence in question, though, and the documentation used for two men to get into the Vrbětrice depot, while notionally two officers of the Tajikistan National Guard, are clearly Mishkin and Chepiga – and they used passports in the name of Petrov and Boshirov to enter the Czech Republic.

The reason seems to have been connected with the activities of Bulgarian arms dealer Emilian Gebrev who was negotiating sales to Ukraine, at a time when Kiev’s forces were dangerously low on munitions of many kinds.

The speculation in Prague is that the GRU officers placed an explosive device in the munitions bound for Ukraine, meant to explode later. However, in a striking parallel with the Skripal operation — considerable operational skill marred by last-minute clumsiness — it seems to have exploded prematurely in Vrbětrice.

As for Gebrev, it is worth noting that he appears to have been poisoned by novichok in 2015, again by members of Unit 29155.

The implications of all this are sobering, providing evidence that Russia’s covert campaign against the West dates back to 2014, even if then the focus was still on Ukraine. After all, the Euromaidan rising — another CIA and MI6 operation in the Kremlin’s eyes — likely represents the crucial turning point.

Since then, a Russian leadership convinced it is fighting an underground yet existential struggle for its country’s place in the world and true sovereignty, has adopted a wartime mentality, willing to take risks, accept tactical defeats and bear the burdens of sanctions and censure alike in the name of the struggle.

The GRU, after all, does not seem to have suffered any adverse consequences for high-profile scandals such as the Salisbury case or the attempt to hack the Organisation for the Prevention of Chemical Weapons in the Hague that same year.

Indeed, Mishkin and Chepiga were made Heroes of the Russian Federation in late 2014 or early 2015.

Now the key question is how the immediate clash between Prague and Moscow develops, and how far other Western countries are willing to go beyond the welcome but intangible statements of moral support.

If Unit 29155 is Russia’s secret weapon, solidarity is the West’s. The only question is whether the states arrayed with the Czechs are willing to use it anywhere near as liberally as Moscow turns to its tame hit-squad. 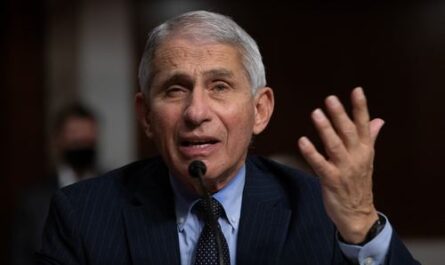