Thousands of travellers have been stranded in Madrid after heavy snowfall from Storm Filomena dumped huge amounts of snow in Spain on Friday, causing major disruption on the roads and at airports.

The blizzard has blanketed large parts of Spain under record levels of snow. Social media users reported confusion and chaos around cancelled flights in the capital.

Ten provinces of central Spain declared their highest level of alert for Storm Filomena, including in Madrid where authorities activated the red warning for the first time. The military was called in to rescue drivers from vehicles trapped throughout the city, whether on small roads or major highways.

The AEMET national weather agency recorded the highest 24-hour snowfall seen since 1971 in the capital by 7am on Saturday, as more than 50cm (20 inches) of snow fell there.

It warned that some reasons would be receiving more than 24 hours of continuous snowfall as a result of a combination of a cold air mass stagnant over the Iberian Peninsula and the arrival of warmer air from Storm Filomena from the south.

The severe weather has resulted in the deaths of three people so far, said interior minister Fernando Grande-Marlaska at a news conference. One was a 54-year-old man who was found dead under the snow in the north-west of Madrid, and two others were swept away by floods near the city of Malaga. 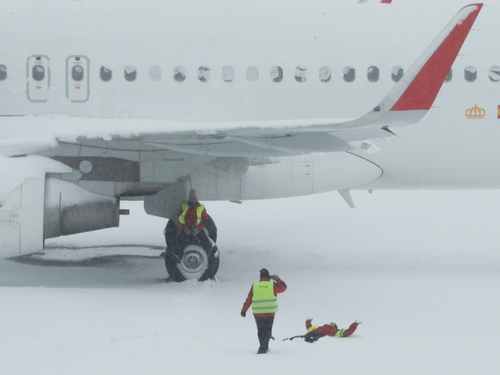 Carlos Novillo, head of the Madrid emergency agency, said more than 1,000 vehicles had become trapped on the city’s ring road and the main motorway heading from the capital towards the Castilla La Mancha and Andalucia regions.

He said the “high risk” situation was “a very complex phenomenon and a critical situation”.

“We ask all those who remain trapped to be patient, we will get to you,” he added.

The Adolfo Suarez Madrid-Barajas International Airport – the main gateway in and out of Spain – will remain closed throughout the day due to the weather with most flights cancelled, said airport operator AENA.

One person posted on Twitter: “Genuine crisis at Madrid Airport. Around seven flights cancelled due to snow. Hundreds slept in airport and Ryanair can’t tell us when we’ll leave. No food, no water, no hotels, no help whatsoever. Babies and kids crying, elding sic and disabled sleeping on floor.”

Others said their Madrid-London flights have been cancelled and they were unable to find another Ryanair flight out of Madrid until February.

Ryanair has not responded on social media and The Independent has contacted the airline for comment.

Railways have also been affected, as all trains in and out of Madrid, both commuter routes and long-distance passenger trains, as well as railway lines between the south and the northeast of the country, were suspended.

Spain’s transit authorities said over 430 roads were closed by Saturday morning and urged people to stay indoors and avoid all non-essential travel. 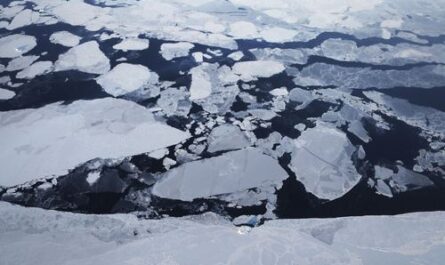