Estonia, Latvia and Lithuania on Monday blacklisted embattled Belarusian President Alexander Lukashenko and 29 other high-ranking officials over alleged election fraud and a crackdown on pro-democracy protesters.

The Baltic EU members announced their sanctions in a coordinated effort to support the protests in Belarus, which are now entering a fourth week since the country’s disputed presidential election on August 9.

“We are sending the message that we need to do more than just issue statements, we must also take concrete action,” Lithuania’s Foreign Minister Linas Linkevicius told AFP.

Lukashenko aside, the national blacklists also feature 29 officials including from the election commission, ministries and law-enforcement bodies. Linkevicius said the lists may be expanded in the near future. 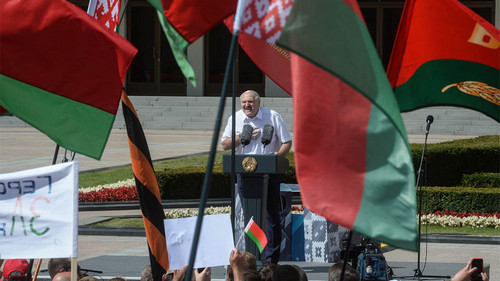 His Estonian counterpart Urmas Reinsalu said the Baltic states were “demonstrating that we are addressing the human rights violations in Belarus with utmost seriousness”.

The European Union is also mulling travel bans and asset freezes on around 20 Belarus officials but the list requires the approval of all 27 EU states.

Some Western EU members say sanctioning Lukashenko could hamper efforts to broker dialogue between the authorities and the opposition and push him into Russia’s arms.

Formerly occupied by the Soviet Union, the Baltic states are all now in the eurozone. Latvia and Lithuania have borders with Belarus.

Lithuania, which has taken a lead in European diplomacy on Belarus, is giving refuge to Belarusian opposition challenger Svetlana Tikhanovskaya.

Russian President Vladimir Putin will encourage steps toward an “eventual succession” in Belarus but will not accept the opposition coming to power through street protests, Bloomberg reported Sunday.

More than 100,000 Belarusians have taken to the streets every weekend since Belarus’ Aug. 9 vote where the strongman leader claimed a landslide victory. Thousands of demonstrators have been detained and several people have died in the authorities’ crackdown. 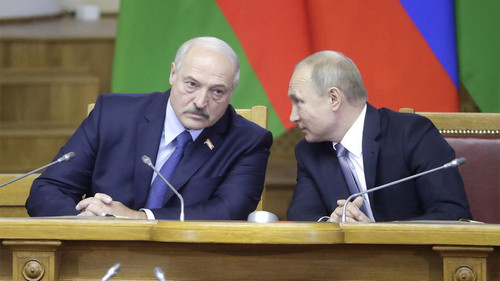 Bloomberg reported that Russian leadership was “taken aback” by the scale of the unrest in Belarus.

Lukashenko has vowed to keep his grip on power but allowed for constitutional reforms that would lead to early presidential elections before the next scheduled vote in 2025.

Lukashenko on Monday is traveling to Russia for his first face-to-face meeting with Putin since the protests against his disputed election victory first broke out.

Putin and Lukashenko are expected to discuss plans to further integrate their countries as well as key trade and energy projects. No signing ceremonies or press conferences are expected at the Sochi summit.

Putin announced last month that a Russian “law enforcement reserve” was ready for deployment in Belarus in the event of unrest. 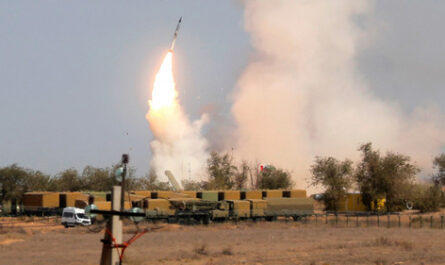 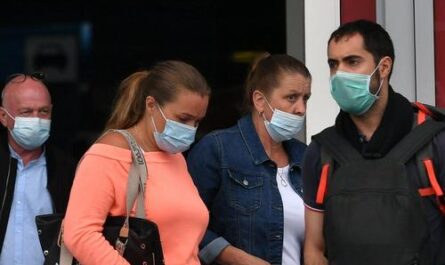