Belarus has opened a criminal investigation into attempts by the opposition to “seize power” after President Alexander Lukashenko’s opponents created a Coordination Council to oversee a peaceful transition following disputed elections.

Strongman Lukashenko, who has been in power for 26 years, claimed a sixth term in elections this month that sparked historic protests and a brutal police crackdown condemned by Western leaders.

The allies of exiled opposition leader and political newcomer Svetlana Tikhanovskaya convened the first meeting of the Coordination Council this week and called for new elections.

“The creation and activities of such a council are aimed at seizing power and undermining the national security of Belarus,” Prosecutor General Alexander Konyuk said in a video statement, adding that its establishment was “unconstitutional.” 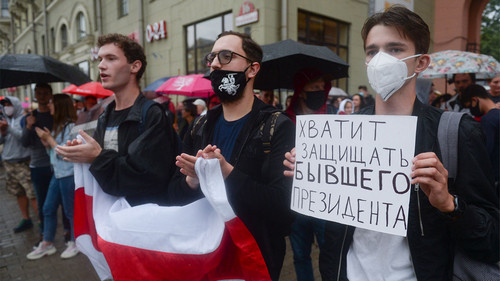 He announced that investigators were opening a probe into “calls for actions aimed at undermining national security,” a charge that carries a maximum penalty of five years behind bars.

Lukashenko’s claim to victory sparked the largest demonstrations in Belarus since it gained independence with the 1991 collapse of the Soviet Union.

A police crackdown on peaceful protesters in the days after the vote saw nearly 7,000 demonstrators detained and sparked allegations of abuse and torture at the hands of security services.

On Wednesday, the European Union said it did not recognize the result of the elections and was drawing up sanctions against those responsible for vote rigging and cracking down on protesters.

Lukashenko, who has defied calls to resign, this week ordered his security services to clamp down on further unrest and instructed border authorities to shore up defenses against arms and money entering the country.

Popular British actor and writer Stephen Fry has joined a group of prominent foreign figures in speaking out in support of Belarusians protesting their country’s “rigged” presidential election.

Tens of thousands of Belarusians have taken to the streets of Minsk and other cities to protest the Aug. 9 vote in which officials claimed President Alexander Lukashenko won a sixth term by a landslide. Actor and musician Jared Leto and tech billionaire Elon Musk previously went on social media to show support to demonstrators or inquire about what they can do to help.

“I stand with Belarus and the people’s desire for democratic change,” Fry said in a video address posted on Twitter on Thursday. 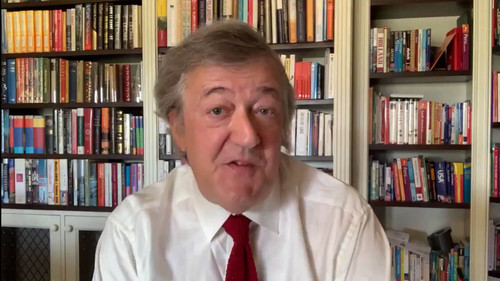 “I want you, if you could, to join the Belarus Free Theater campaign and stand with the people of Belarus making their voices heard all over the world,” he added, referring to an underground Minsk-based theater group.

Fry said Lukashenko “stole another election from the people,” while his government “violently suppressed peaceful protests” and tortured detainees in the aftermath.

Fry urged the British government to follow the European Union in developing sanctions “against those responsible for violence, repression and the falsification of elections.” 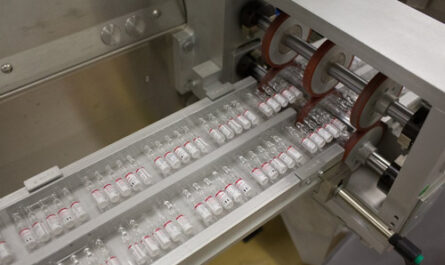