Flight 182 nosedived into the ocean in heavy rain, just minutes after takeoff Saturday. There were 62 people on board. A naval ship picked up pings coming from the boxes which contain the cockpit voice and flight data recorders. It is as yet unclear which of these two devices has been recovered.

The device is to be handed to the National Transportation Safety Committee (NTSC), which is overseeing the investigation into the crash.

At least 160 divers were deployed Tuesday in the search efforts. They used “ping locator” equipment to narrow down their search to an area beneath 20 metres (65 feet) of mud on the sea bed. The “black box” was hidden beneath tons of wreckage from the crash, said Yudo Margono, navy Chief.

A remote-operated vehicle was also used in the hunt for the devices, but debris and wreckage from the crash has made the search particularly difficult.

Over 3,600 rescue personnel, 13 helicopters, 54 large ships and 20 small boats took part in the search of the area. As well as the “black box” human remains and parts of the plane have been found in the water, 23 meters (75 feet) deep. 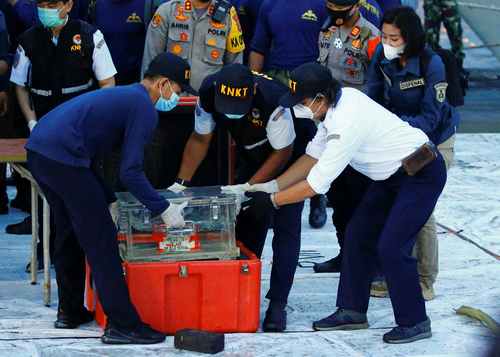 Information from the black boxes should lead to understanding about what went wrong and why the Boeing 737-500 came down.

Chairman of the NTSC, Soerjanto Tjahjono, said that a possible midair breakup of the aircraft could be ruled out having seen the condition of the wreckage found.

He said that the aircraft would have remained in one piece until it hit the ocean. This is reflected in the fact the debris is concentrated rather than spread out over a larger area.

The disaster has reopened worries about the safety of the aviation industry in Indonesia. The industry experienced huge growth when the economy opened up, following the fall of dictator Suharto at the end of the 1990s.

Indonesian air carriers were banned in the United States from 2007 to 2016 and in the European Union from 2007 to 2018 as they were deemed to be lacking in sufficiently trained personnel, technical expertise and inspection procedures.

Since 1945 the country has had 104 airliner accidents and more than 1,300 people have died as a result. Reasons for this have been attributed to poor aircraft maintenance, poor training of pilots, mechanical failures and problems with air traffic control.

This is the first major air crash in Indonesia since 2018 when Lion Air Boeing 737 MAX also plummeted into the Java sea. 189 people were on board.

An automated flight-control system was thought to play a role in the 2018 crash and 737 MAX aircraft were grounded as a result. The Sriwijaya Air jet did not have this same system on board. 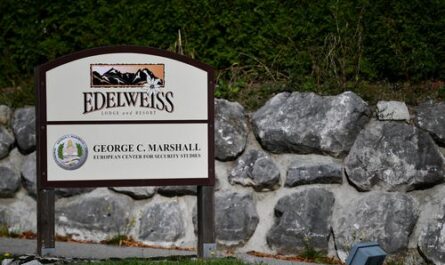