From a secure room in the Capitol on Jan. 6, as rioters pummeled police and vandalized the building, Vice President Mike Pence tried to assert control. In an urgent phone call to the acting defense secretary, he issued a startling demand.

“We need help,” Schumer, D-N.Y., said in desperation, more than an hour after the Senate chamber had been breached.

At the Pentagon officials were discussing media reports that the mayhem was not confined to Washington and that other state capitals were facing similar violence in what had the makings of a national insurrection.

“We must establish order,” said Gen. Mark Milley chairman of the Joint Chiefs of Staff, in a call with Pentagon leaders. 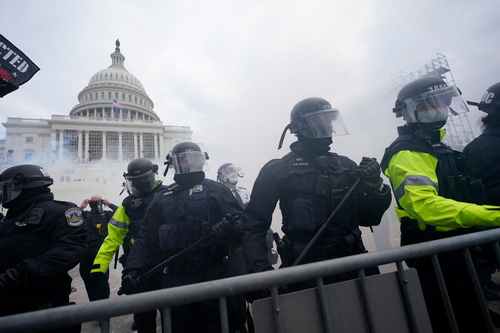 But order would not be restored for hours.

These new details from the deadly riot of Jan. 6 during the congressional certification of Joe Biden’s election victory are contained in a previously undisclosed document prepared by the Pentagon for internal use that was obtained by The Associated Press and vetted by current and former government officials.

The timeline adds another layer of understanding about the state of fear and panic while the insurrection played out, and lays bare the inaction by then-President Donald Trump and how that void contributed to a slowed response by the military and law enforcement. It shows that the intelligence missteps, tactical errors and bureaucratic delays were eclipsed by government’s failure to comprehend the scale and intensity of a violent uprising by its own citizens.

With Trump not engaged, it fell to Pentagon officials, a handful of senior White House aides, the leaders of Congress and the vice president, holed up in a secure bunker, to manage the chaos.

At 4:08 p.m. on Jan. 6, as the rioters roamed the Capitol, and after they had menacingly called out for Pelosi, D-Calif., and yelled for Pence to be hanged, the vice president was in a protected location, calling Christopher Miller, the acting defense secretary, and demanding answers.

The call lasted a minute. Pence said the Capitol was not secure, and he asked military leaders for a deadline for securing the building, according to the document.

Government leaders had talked about the use of the National Guard just three days earlier. On the afternoon of Jan. 3, Miller and Milley gathered with other Cabinet members to talk about Jan. 6. They also met with Trump.

In that meeting at the White House, Trump approved the activation of the D.C. National Guard and told the acting defense secretary to take whatever action needed as events unfolded, according to the information obtained by the AP.

The Guard’s role was limited to traffic intersections and checkpoints around the city, based in part on strict restrictions mandated by D.C. officials. Miller also authorized Army Secretary Ryan McCarthy to deploy, if needed, the D.C. Guard’s emergency reaction force stationed at Joint Base Andrews.

The Trump administration and the Pentagon were wary of a heavy military presence, in part because of criticism officials faced for the seemingly heavy-handed National Guard and law enforcement efforts to counter civil unrest in the aftermath of the police killing of George Floyd in Minneapolis.

By the morning of Jan. 6, crowds started gathering at the Ellipse near the White House before Trump’s speech. According to the Pentagon’s plans, the acting defense secretary would only be notified if the crowd swelled beyond 20,000.

Before long it was clear the crowd was far more in control of events than the troops and law enforcement there to maintain order.

Trump, just before noon, told his supporters to march to the Capitol. The crowd size at the rally was at least 10,000. By 1:15 p.m., the procession was on the move.

As the protesters reached the Capitol grounds, some immediately became violent, busting through weak police barriers in front of the building and beating up Capitol Police officers who stood in their way.

Twenty minutes later, around 2:10 p.m., the first rioters were beginning to break through the doors and windows of the Senate.

Sund called Walker again and asked for at least 200 guardsmen, “and to send more if they are available.”

On the Pentagon’s third floor E Ring, senior Army leaders were huddled around the phone for what they described as a “panicked” call from the D.C. Guard. As the gravity of the situation became clear, McCarthy bolted from the meeting, sprinting down the hall to Miller’s office and breaking into a meeting.

Shortly after 3 p.m., the Army secretary provided “verbal approval” of the activation of 1,100 National Guard troops to support the D.C. police, and the development of a plan for the troops’ deployment duties, locations and unit sizes.

But they struggled over the next 90 minutes to execute the plan as the Army and Guard called all troops in from their checkpoints, issued them new gear, laid out a new plan for their mission and briefed them on their duties.

At 3:19 p.m., Pelosi and Schumer were calling the Pentagon for help and were told the National Guard had been approved.

At 3:48 p.m., frustrated that the D.C. Guard hadn’t fully developed a plan to link up with police, McCarthy dashed from the Pentagon to D.C. police headquarters to help coordinate with law enforcement.

Trump broke his silence at 4:17 p.m., tweeting to his followers to “go home and go in peace.”

By about 4:30 p.m., the military’s response plan was finalized and Walker had approval to send the Guard to the Capitol.

Dressed in full riot gear, the Guard began arriving at the Capitol at 5:20 p.m.

At 8 p.m. the Capitol was declared secure. 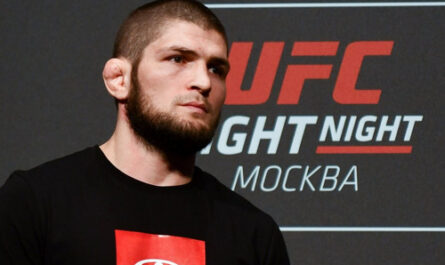 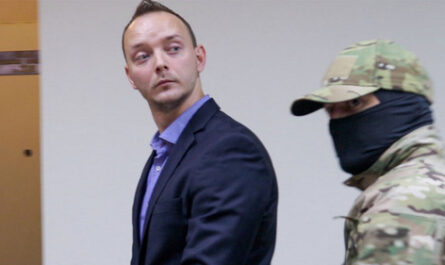