Accusations levelled at the Chinese government of genocide against the Uighur Muslim minority in the far western Xinjiang region are “very credible”, according to a formal legal opinion produced in the UK.

The text published by London-based Essex Court Chambers states there is a “plausible” argument that the country’s president, Xi Jinping, is himself responsible for the action, which has seen more than a million people, including Uighurs and other mostly Muslim ethnic groups, imprisoned in a vast network of concentration camps, human rights groups say.

Commissioned by the Global Legal Action Network (GLAN), the World Uighur Congress and the Uighur Human Rights Project, the legal opinion – first reported by the BBC – describes how the minority group has been subject to “enslavement, torture, rape, enforced sterilisation and persecution”.

Victims have been “forced to remain in stress positions for an extended period of time, beaten, deprived of food, shackled and blindfolded”, it said.

“On the basis of the evidence we have seen, this Opinion concludes that there is a very credible case that acts carried out by the Chinese government against the Uighur people in Xinjiang Uighur Autonomous Region amount to crimes against humanity and the crime of genocide. 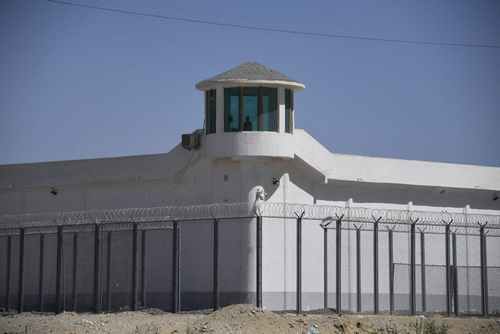 “China as a State may be accused of being criminally responsible for genocide. There would be a high threshold for establishing such responsibility. The most significant barrier will be proving the requisite special intent.”

The legal team state they have seen “prolific credible evidence” of sterilisation procedures carried out on women, including forced abortions, saying they “clearly constitute a form of genocidal conduct”. They also found evidence of children being placed in orphanages or boarding schools without parental consent.

And the text says there is a “credible case” against President Xi as well as Chen Quanguo, party secretary in Xinjiang, and Zhu Hailun, the deputy secretary of Xinjiang’s people’s congress.

“Mr Xi controls the overall direction of state policy and has made a range of speeches exhorting the punitive treatment of the Uighurs,” the opinion states.

“Mr Chen and Mr Zhu have acted upon that overall policy by devising and implementing the measures … including mass detention and surveillance.

“We consider that there is a credible case against each of these three individuals for crimes against humanity.

“China is a tightly controlled single-party state. It is therefore highly unlikely that an attack on the scale of that which the evidence reveals, and especially systematic detention on such a scale, would be carried out by state authorities other than on the orders of senior state officials.”

The opinion, which took six months to produce and considered a vast array of evidence including from survivors and leaked government papers, could be used by British judges in any future case relating to the treatment of Uighurs in China.

“Governments and businesses can no longer stand back and avoid taking action to ensure that they are not complicit in allowing these horrific crimes to continue.”

Rahima Mahmut, UK director of the World Uighur Congress, called the text a “landmark moment” for Uighurs. “The finding is clear: there is an intent to destroy Uighurs,” she said.

Peter Irwin, of the Uighur Human Rights Project, added: “This finding makes it impossible for responsible governments to continue treating China as a normal member of the international community.”

Last week the State Department – this time under the Biden administration – said it was “deeply disturbed” by reports of sexual abuse against women in internment camps in Xinjiang.

People have been subjected to torture, sterilisation and political indoctrination in addition to forced labour as part of an assimilation campaign in a region whose inhabitants are ethnically, religiously and culturally distinct from the Han Chinese majority.

China has denied all the charges and says the camps are for “re-education” purposes, to promote economic and social development in the region and to stamp out radicalism.

In May, an independent tribunal will be held in the UK to establish whether the Chinese government’s alleged rights abuses against Uighur Muslims constitute genocide.

Researchers for the tribunal have been sifting through 1,500 documents and pieces of evidence ahead of a public hearing set to begin on 7 May in central London.

Organisers said they had written to the former and current Chinese ambassadors to London to request the Chinese government’s presence and cooperation, but so far received no response. 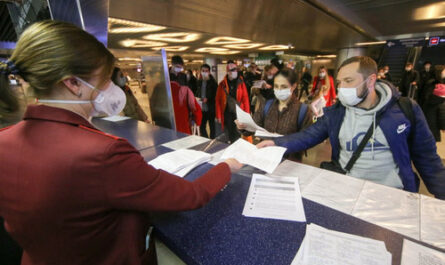