A former Navy Seal says he is cooperating with federal investigators after appearing to admit on video to breaching the Capitol in an attempt to send a message and spark a “positive revolution”.

While the video posted to the Facebook page of Adam Newbold has since been removed, a copy was published by ABC News as part of a wide-ranging interview with the 45-year-old from Lisbon, Ohio.

“There was destruction, breaching the Capitol, our building, our house. And, um, to get in you had to destroy doors and windows to get in,” Mr Newbold says in the video.

“What did get destroyed, and they’re obviously trying to overcome now, again maybe they just didn’t get the message, unfortunately, I’m hoping the message was strong enough. Unfortunately, maybe it wasn’t. I hate to see this escalate more.”

Mr Newbold did not immediately respond to The Independent’s request for comment, but told ABC that his actions went “too far” and he was now cooperating with the Federal Bureau of Investigations (FBI).

“I would like to express to you just a cry for clemency, as you understand that my life now has been absolutely turned upside-down,” Mr Newbold said. “I am not a terrorist. I am not a traitor.” 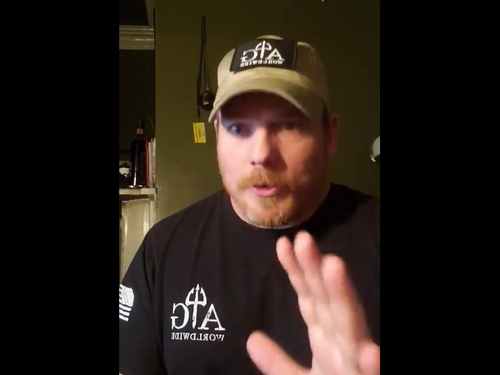 “It accomplished nothing. What the hell was it all for?”

In the video recorded following the incursion into the Capitol, Mr Newbold said it was for a “positive revolution”.

“I will tell you that some of your friends, your brothers, your members here, and patriots, were on the very, very front lines of that… No matter how the media spins it, guys, it was a necessary thing.”

The riot resulted in the deaths of at least four participants and one police officer and the resignations of the top brass that were responsible for securing the Capitol.

Before the event, Mr Newbold posted a video telling followers to treat police, National Guard and any counter-protesters with the upmost respect while also advising people be prepared for a fight in self-defence.

“There are plenty of patriotic Americans, great Americans, who have great disdain for president Trump the man, ok, that’s their prerogative, I just don’t think that that is nearly as important, a dislike for Trump the person and things he says or even has done, is not as important as love for this country,” he added.

“We want to be respectful and instead of facing off against each other turn in solidarity all there together,” he said.

“So let’s rise up regardless in support of the country, ok, and make sure that you’re trying to understand and draw that distinction and remember that there are good people on all sides of this thing. But we can no longer be quiet.”

Following the event, Mr Newbold told ABC he deployed multiple times in the military and US intelligence agencies, and would never take up arms against the government he has served.

“Now I regret being in the crowd,” he said. “When you are in the arena, you don’t see the big picture.”