Misinformation about who spread the wildfires raging across the Pacific Northwest has forced officials to deny the rumours that they were started by political extremists.

Social media posts spread by thousands have claimed arsonists with political extremists groups on the far right like the Proud Boys and far left like antifa were responsible for wildfires in Oregon and Washington.

Officials took to Facebook and Wednesday to squash the rumours that either sides of the political extreme were responsible for the wildfires that are still burning through the two states.

“Remember when we said to follow official sources only,” the Douglas County Sheriff’s Office in Oregon posted. “Remember when we said rumours make this already difficult incident even harder? Rumours spread just like wildfire and now our 9-1-1 dispatchers and professional staff are being overrun with requests for information and inquiries on an UNTRUE rumor that 6 Antifa members have been arrested for setting fires in DOUGLAS COUNTY, OREGON.”

“We are inundated with questions about things that are FAKE stories,” the sheriff’s office in Jackson county, Oregon, wrote on Facebook Thursday afternoon. “Rumours make the job of protecting the community more difficult,” the office added. 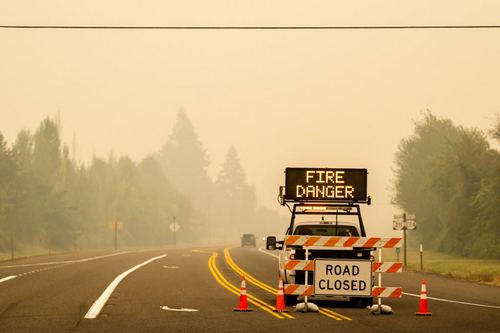 Fire conditions are at the worst they’ve been in three decades, and officials have said high winds and dry weather helped spread the wildfires through the two states. At least three people have died in Oregon due to the blaze.

Oregon Governor Kate Brown said on Thursday that more than 900,000 acres have burned across the state in the last several days – nearly double the amount of land that usually burns in a typical year.

Officials are looking into a fire that started in Ashland, Oregon, as potential arson, but they have not indicated that it is linked to any political extremist groups. The fire was now under criminal investigation.

“One thing I can say is that the rumor it was set by Antifa is 100 per cent false information,” Mr O’Meara told The Oregonian in an email.

“We’re not seeing any indications of a mass politically influenced arson campaign,” a spokeswoman for the Oregon department of forestry told The New York Times.

Officials in Washington state have also reported one case of suspected arson after they arrested one man who set a fire in the middle of a highway median this week. That fire was quickly extinguished.

One false rumor that spread quickly on Facebook and Twitter came from an article by Law Enforcement Today, which cited a single anonymous “federal law enforcement source” who claimed that wildfires on the west coast were a “coordinated and planned” attack. The article went on to state, “There are current concerns and allegations that many of these people who have started fires may be related to Antifa. However, these allegations have not be sic confirmed.”

This has been shared more than 60,000 times on Facebook alone.

“Based on all the information that is coming in, official and unofficial, I firmly believe that this ongoing fire storm is man made and not a natural event,” Mr. Romero told The New York Times. “This is a criminal act and I can see that it is coordinated and intentional. Justice is coming.”

False posts, specifically claiming antifa was responsible for the wildfires, have been shared widely by pages dedicated to far-right, pro-gun, and pro-police causes. 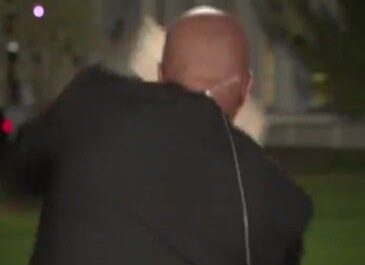 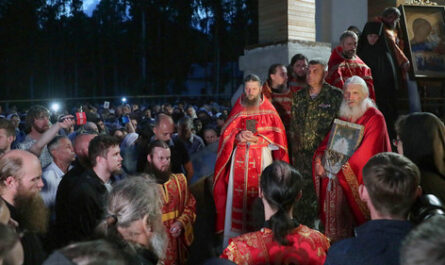