George Floyd’s brother has dismissed Derek Chauvin’s defence team’s focus on drugs in the murder trial of the former police officer, saying the attorney’s are attempting to “assassinate” his brother’s character.

In an interview on The Sunday Show this week, Philonise Floyd was asked what he thought of the way the defence had been “talking about his brother.”

“When you don’t have facts you have to assassinate his character,” Mr Floyd said, before pointing out that opioid addictions are rife in the US.

He added: “I can tell you this, my brother was walking just fine. He was laughing, talking, before Derek Chauvin put an overdose of his knee on his neck for nine minutes.”

Mr Chauvin, 45, is accused of murdering George Floyd, an unarmed Black man, during an arrest last May.

George Floyd’s death sparked global outrage after Mr Chauvin was captured on video kneeling on his neck for nearly nine minutes while he pleaded for air and eventually lost consciousness. 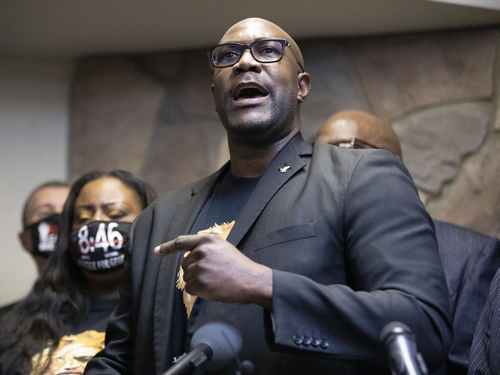 He has pleaded not guilty to all three charges.

In the first week of Mr Chauvin’s trial, the former police officer’s defence sought to focus on George Floyd’s conduct before his killing and his alleged drug use.

The defence have argued that drugs in George Floyd’s system and pre-existing health conditions ultimately killed him during the encounter.

The state alleges that it was the kneeling move Mr Chauvin used on George Floyd that led to his death and said there was no need to use the amount of force he applied given the conditions and that he neglected his duty to care for the person in his custody.

“We don’t want that for any other family across America… we will protest we will do everything we can to try to stop more George Floyds,” Mr Floyd said of his brother on Sunday.

“If George didn’t have a video, you would have never even heard about it or seen it,” he added. “America has to change now, they have to understand that we … all need to stand in solidarity because we’re strong in numbers and we can overcome what’s going on.”

Ahead of the trial, Mr Floyd called for a conviction of Mr Chauvin and urged observers to focus on the bystander video capturing his brother’s struggle.

“I have faith that he will get convicted,” Mr Floyd previously said. “Just like everybody who’s seen that video because the video is the proof.” The fallout from the death of Daunte Wright 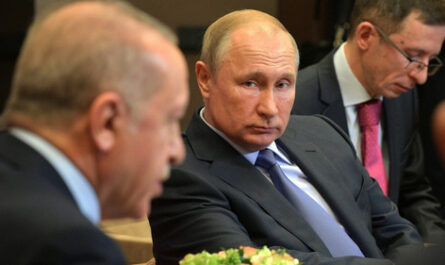 Russia Says Ready for ‘Close Coordination’ With Turkey on Karabakh