Belarus has no need for Russia’s troops for the time being, the Kremlin said Monday after President Vladimir Putin announced the creation of a Russian “reserve” ready for deployment in case of mass unrest in the neighboring state.

“The use of this reserve is out of the question at the moment,” Putin’s spokesman Dmitry Peskov told reporters during a daily briefing, according to the Kommersant newspaper.

Putin, when announcing the creation of the reserve last week, said he would not send it to ex-Soviet Belarus unless “extremists in Belarus cross a line and start plundering.”

“We see that the situation is under control and so there’s no point in talking about it now,” Peskov said Monday.

EU foreign affairs high representative Josep Borrell urged Russia to abide by its own “mantra” that the crisis in Belarus is a domestic affair that does not need foreign interference.

Belarusian President Alexander Lukashenko has faced some of the biggest demonstrations in his 26-year rule of the country after a disputed election he claims to have won in a landslide.

Lukashenko, who has been filmed brandishing automatic weapons during the rallies, has in recent days ordered war games, increased border security and deployed troops in major cities in a show of force for protesters and foreign powers.

Putin and Lukashenko agreed to meet in their latest phone call on Lukashenko’s 66th birthday Sunday. The Kremlin said the two will meet sometime in the next two weeks.

Alexander Lukashenko, the authoritarian president of Belarus, has responded to growing calls for his resignation by releasing footage of himself wearing body armour and brandishing an assault rifle.

Protests have erupted in the country for 15 days, with around 200,000 people amassing in Minsk’s Independence Square in the latest demonstrations to call for him to go amid widespread accusations of election-rigging.

In an apparent display of strong-arm propaganda, state-funded news agency Belta released footage of the president in Minsk, talking to riot police while holding a Kalashnikov assault rifle. 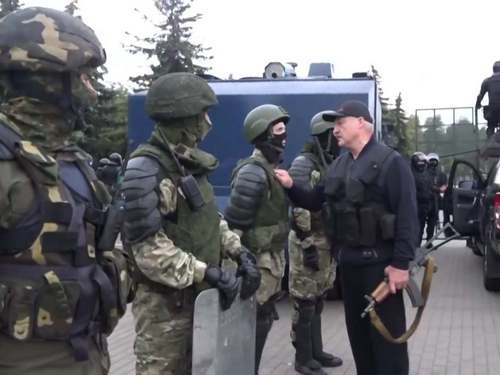 Dressed in the black uniform of the nation’s riot police – a force he is accused of using as a tool of political repression – he was accompanied by heavily armed bodyguards, reportedly including his 15-year-old son and preferred heir Kolya.

Belarusians first began to take to the streets on 9 August when the 65-year-old was handed his sixth term in office by officials who said he had won with 80 per cent of the nation’s votes – a figure observers and opponents say is not credible.

Despite the iron fist with which Mr Lukashenko has ruled the former Soviet republic, demonstrations of an unprecedented scale and duration have continued across the country.

Earlier this month, some 7,000 people were arrested at protests, with many badly beaten by police in a show of force that appeared to only intensify the scale of the rallies. 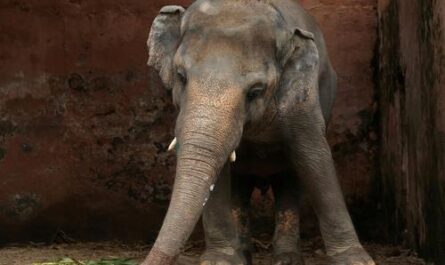 Democrat fires back at GOP during labour debate