Kinchen’s activism dates to being a student and protesting George W Bush’s 2003 decision to invade Iraq on trumped up claims about weapons of mass destruction. Her decision to become a journalist was triggered by the protests that gripped Portland and other cities following the killing by police in Minneapolis of George Floyd, and the desire to document them.

Given the chance to hit the streets running by podcaster and videographer Robert Evans, Kinchen and her parter did just that. They did so in an environment that Evans, who has previously covered conflicts in Ukraine and Iraq, described as “as close up to the line as you can get to actual war without live rounds”.

Very quickly on, Kinchen learned she needed goggles to deal with all the tear gas police were firing, sometimes so much it filled city blocks. Soon after, she realised she would need a gas mask if she planned to go out night after night.

Now, as the demonstrations in Portland have passed the 100 day mark and tensions intensified following the killings of protesters in both Portland and Wisconsin by rival factions, she usually wears a ballistic or bullet-proof vest. She has ordered a bullet proof helmet.

Chaos in Portland as protests continue

Despite that, and despite being conscious of the responsibility of being the parent of two children, the 35-year-old reckons it is only a matter of time before she gets hurt or is picked up by police, who she has watched arrest half-a-dozen of her colleagues. 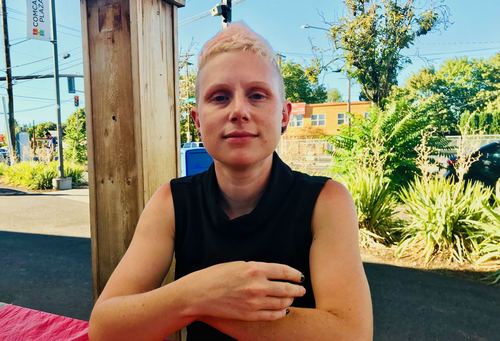 Many of Portland’s journalists have filed lawsuits against the city. In August, a court issued a ruling permitting journalists and legal observers not to disperse when ordered to do so by police, even if they declare a riot.

“In terms of safety gear, I sometimes wear a bulletproof vest, helmet, goggles,” she says. “But there’s only so much you can do and I just kind of assume that at some point, I will be injured or arrested, and so far I’ve been relatively lucky.”

As protests swept the US following the killing of 46-year-old Mr Floyd, The Independent has detailed how dozens of journalists were arrested or detained by police, in the process of doing their work. One of The Independent’s own reporters was arrested by police in Seattle while covering an operation to clear a protest encampment in the Capitol Hill area.

A charge of failure to disperse was subsequently dropped.

Kinchen says about five or six journalists have been arrested in Portland, including her partner. She says she continues to go out and cover the protests four or five nights a week.

She also has a day job as the vice principal of a small private school.

“It gives a very interesting perspective, because there is a little bit of separation between myself and the events unfolding,” she says of the difference between being a reporter and a protester. “So in some ways it’s easier to analyse things and look at the goals and not be so deeply attached.”

Other than the physical dangers and the risk of being arrested, Kinchen has learned on the job about how to work among the protesters, many of whom resent having their faces pictured by the media. One reason for this, protesters say, is that police can seek to use such footage to identify people and subsequently bring charges.

In Seattle, five media outlets are fighting a court order to hand over raw footage taken at a protest in downtown Seattle on May 30.

To do this, she sometimes cuts out faces, or shows an angle that blurs that view. “I have a fisheye lens on my camera, that will make it a little bit distorted.”

Even though she is new to the business, she says she took the ethical aspect of journalism very seriously.

“I became a member of the reporters’ union. I take that seriously,” she adds

“I do not want to endanger any of my subjects, and so I need to always consider what I am filming and what I’m posting.” 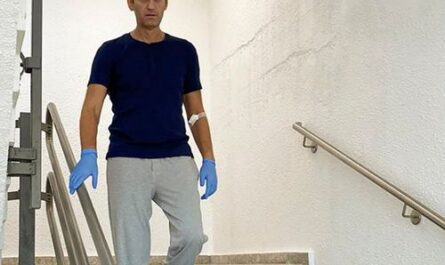