The Russian government is launching a preliminary investigation into the hospitalisation of opposition leader Alexei Navalny in an incident that his team and family say was a poisoning.

Mr Navalny was evacuated from a Siberian hospital to Berlin on Saturday and remains in a medically induced coma.

The German doctors treating him said their initial medical examination also pointed to poisoning, but the Russian doctors who saw Mr Navalny in a Siberian hospital have contradicted that diagnosis.

Mr Navalny was hospitalised after falling unwell during a flight to Moscow on 20 August and his plane made an emergency landing in Omsk.

According to Russia’s Tass news agency, the Ministry of Internal Affairs has conducted an inspection of the hotel room in which Mr Navalny had stayed, as well as other areas he had recently visited and seized more than 100 items which they believe could have value as evidence. 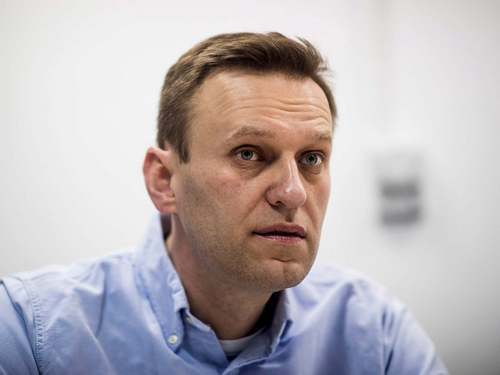 Video surveillance systems were also studied, and more than 20 different forensic studies (forensic, biological, physical and chemical) were reportedly being carried out.

“Currently, investigators of the Investigation Department of the Russian Ministry of Internal Affairs in the Siberian Federal District are conducting a pre-investigation check, initiated in accordance with the established procedure by the West Siberian Transport Prosecutor’s Office, in connection with the hospitalisation of Alexei Navalny on 20 August in the city of Omsk,” the agency’s source said.

The hospital in Omsk this week asked the Berlin hospital for the data which prompted its doctors to diagnose Mr Navalny with poisoning.

The German medical team said on Monday tests indicated Mr Navalny had been intoxicated with a substance from a group of chemicals known as cholinesterase inhibitors, but the specific substance has not yet been established.

German doctors have said there is no immediate threat to his life, but long-term consequences for the nervous system have not been ruled out.

The head of the acute poisoning department of the Omsk hospital, Alexander Sabaev, said cholinesterase inhibitors were not detected during Mr Navalny’s examination in Omsk, according to Tass.

Kira Yarmysh, Mr Navalny’s spokesperson said: “Meanwhile we have no documentary evidence that an investigation is underway.”

Ivan Zhaganov, a lawyer, and the head of Mr Navalny’s foundation said it was “very strange” investigations had only begun now, and urged authorities to open a criminal case, rather than a preliminary investigation.

He tweeted: “Investigations should be started as soon as you get complaints. Very strange that they did nothing up till now.

“Open up a criminal case.”

EU foreign ministers were set to discuss the alleged poisoning of Mr Navalny on Thursday, while France and Germany have accused Russia of pursuing an opaque and uncooperative approach to the incident.

German foreign minister Heiko Maas said told reporters ahead of the talks with his EU counterparts: “We expect Russia to join efforts to clear up what happened but at the moment that doesn’t seem to be the case.

“We, EU foreign ministers, will discuss this today because it would be easiest for Moscow to join the investigation, otherwise the question remains open and then the EU will have to discuss how to proceed,” he told ZDF television.

French foreign minister Jean-Yves Le Drian told RTL radio: “I don’t understand why the Russians aren’t playing the transparency game because it is in their interest.

“It’s a crime. Russia needs to take the initiative to carry out a transparent investigation, and when the guilty are found to use it as a lesson (for others), it’s not the first time there has been a poisoning.”

The Kremlin said on Wednesday it hoped Mr Navalny’s illness would not damage Russia’s ties with the West and said it was keen to find out why he fell ill despite having, at that point, declined to open an investigation into the incident. 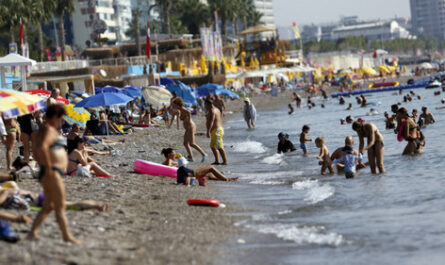