The editor of a respected science magazine has strongly condemned the president, as it emerged he had intentionally played down the threat posed by the coronavirus.

As the number of infections in the US passed 6.5m and the number of fatalities approached 200,000, excepts of a new book by Bob Woodward revealed the president privately was aware of the seriousness posed by the virus and the pandemic it had triggered.

“This is deadly stuff,” the president told Mr Woodward in February, one of 18 he had with the veteran reporter and exposer of the Watergate scandal, for his new book, Rage.

“You just breathe the air and that’s how it’s passed. And so that’s a very tricky one. That’s a very delicate one. It’s also more deadly than even your strenuous flu.”

Questioned over the discrepancy over what he was saying in private and his proclamations in public – the president repeatedly claimed the virus was no more deadly than the flu – Mr Trump said he did not want to overly scare people.

“The fact is, I’m a cheerleader for this country. I love our country. And I don’t want people to be frightened. I don’t want to create panic as you say,” he said. 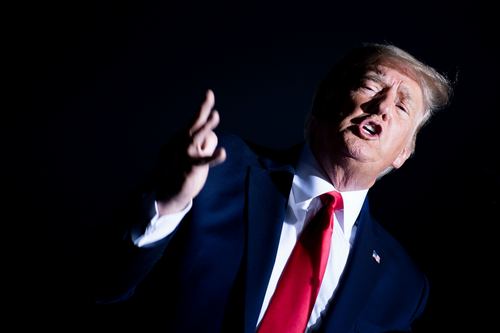 Mr Trump has been widely criticised over his decisions.

Joe Biden, the Democratic nominee for president, termed them a “life-and-death betrayal” of the American people. “He knew how dangerous it was. And while the deadly disease ripped through our nation, he failed to do his job on purpose,” he said.

Now the editor in chief of Science magazine, Herbert Holden Thorp, has also admonished the president, saying his actions represented the “most shameful moment in the history of US science policy.”

“When President Donald Trump began talking to the public about coronavirus disease 2019 (COVID-19) in February and March, scientists were stunned at his seeming lack of understanding of the threat,” he wrote in an editorial.

“We assumed that he either refused to listen to the White House briefings that must have been occurring or that he was being deliberately sheltered from information to create plausible deniability for federal inaction.”

He said that because Mr Woodward recorded the interview, the world can hear Mr Trump in his own words admitting how serious it actually was.

“As he was playing down the virus to the public, Trump was not confused or inadequately briefed: He flat-out lied, repeatedly, about science to the American people,” he wrote.

“These lies demoralised the scientific community and cost countless lives in the United States.”

Mr Thorp, whose comments were highlighted by HuffPost wrote that over the years the magazine had commented often on the scientific foibles of US presidents.

“Inadequate action on climate change and environmental degradation during both Republican and Democratic administrations has been criticised frequently,” he said.

“But now, a president has deliberately lied about science in a way that was imminently dangerous to human health and directly led to widespread deaths of Americans.”

He added: This may be the most shameful moment in the history of US science policy.” A Fortnight That Shook Russia … And What Next 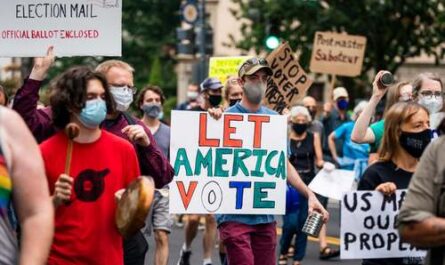