A real estate agent who live-streamed from the attack on the US Capitol by pro-Trump rioters is pleading for a presidential pardon.

Jenna Ryan, of Carrollton, Texas, was arrested and charged with knowingly entering or remaining in a restricted building without lawful authority and “disorderly conduct on Capitol grounds”.

She told a reporter from CBS 11 that she could not discuss details of the case. Commenting on the events in Washington, she said that she was “basically following my president. I was following what we were called to do”.

Ms Ryan says she felt she has been “wronged” regarding the reaction to her participation.

She tweeted that as a consequence of her actions she lost a publishing deal for a self-help book, and with regards to her work as a real estate agent, she says: “This has taken my company. This has taken my business.”

Two days after the riot Ms Ryan, who also hosts a conservative radio show, released a statement in which she claimed to have been caught up in a peaceful political march that turned violent, saying that she did not condone the violence.

However, when talking to reporters, Ms Ryan said that because she was following the president: “I don’t feel a sense of shame or guilt from my heart.”

She told CBS11: “I would like a pardon from the president of the United States. I think that we all deserve a pardon. I’m facing a prison sentence. I think that I do not deserve that.”

The violent insurrection on 6 January shocked the world and led to the deaths of five people, including a Capitol Police officer.

Ms Ryan documented her trip to Washington on social media. The day before the attack on Congress, Ms Ryan posted photos to Facebook showing her boarding a private jet in Denton, Texas. One was captioned: “We’re so excited! DC bound to #StopTheSteal.”

Once in Washington, she posted a video of herself on the march toward the Capitol, saying: “This is a prelude to going to war.”

A further live-stream showed her in a surge of people heading into the building saying: “I’m not messing around.” She also bizarrely touted herself as a realtor.

The FBI is using Ms Ryan’s posts to build the case against her, including one filmed ahead of the attack in which she says: “We’re gonna go down and storm the Capitol. They’re down there right now and that’s why we came and so that’s what we are going to do. So wish me luck.”

Investigators also identified the realtor in a video of rioters entering the Capitol chanting: “This is our house!”

A since-deleted tweet showed her smiling and flashing a peace sign next to a broken window at the Capitol was captioned: “If the news doesn’t stop lying about us we’re going to come after their studios next.”

Later she tweeted that it was “one of the best days of my life”.

Approximately 100 participants in the violence on Capitol Hill have been arrested and the FBI is sifting through more than 100,000 pieces of digital evidence submitted by the public. 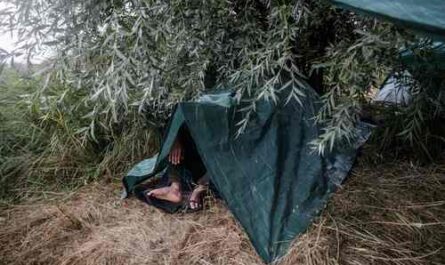