The north African nation of Tunisia has been rocked by days of raucous protests led by youth frustrated over years of economic stagnation, police brutality and months of lockdowns to stem the spread of the coronavirus pandemic.

The unrest has led to at least 632 arrests and days of confrontations between police and protesters stretching from the most famous street of Tunis to the hardscrabble hinterland towns such as Kasserine and Gafsa. No deaths have been reported, but there have been injuries and property damage.

The aims of the mostly nighttime protests remain unclear. No one appears to be leading and none of the country’s major political parties have endorsed them, though some labour leaders endorsed protesters’ vague calls for economic change and human rights and civil rights groups have voiced support for their demands to hold police accountable.

The protests coincide with the 10th anniversary of the month-long revolution that toppled the country’s longtime dictator, Zine el Abedine Ben Ali. His demise, sparked by the 17 December 2010 self-immolation of a fruit vendor in the town of Sidi Bouzid, initiated a new era of political freedoms, but failed to improve the country’s economy. Tunisia suffers from anemic growth, festering youth unemployment, and stagnant wages. 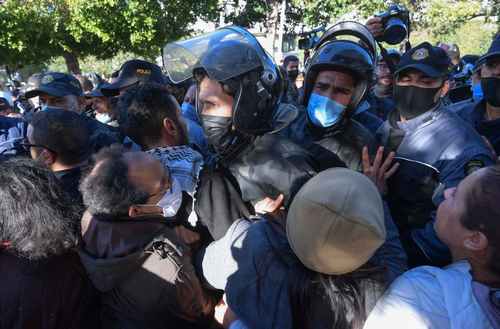 Anger over economic woes and perceived abuses by security forces had been building for months. Images of police stuffing rowdy youth into vans following a 9 January football match in Tunis outraged many and evoked memories of abuses under Ben Ali.

Then violence erupted in Siliana, an agricultural town southwest of Tunis, after a video posted online showed security forces violently reprimanding a shepherd whose flock had entered the premises of a government building.

The beginning of the protests also coincided with a severe 4 pm nationwide curfew announced to stem the spread of the coronavirus beginning on the 14 January anniversary of the revolution. The curfew effectively cancelled a series of marches and protests planned by the families of Ben Ali’s victims.

“There were a series of triggers that added up,” said Fadil Aliriza, editor-in-chief of Meshkal, a Tunisian news website.

“There is a sense that there are social and economic issues that haven’t improved, but have gotten worse in terms of inequality, job prospects and inflation,” he said, “But you are also seeing parts of the police state in action. Slowly, we’ve seen police and security forces going back to their role of  being used to manage and keep down poor Tunisians.”

Mr Mechichi, who took the reins of government in September, said he would work with other officials to give a voice to frustrated youth in the coming days. He also described the protesters as “delinquents, mostly minors, who have committed these acts to sow total chaos in the country.”

But in accounts collected by news agencies, protesters have complained of continuing economic despair, compounded by the impact of the coronavirus, and blaming the country’s powerful for the problems that afflict the Mediterranean Sea nation 12 million.

“The powers-that-be have stolen our dreams,” one Tunis youth told the daily newspaper La Presse. “We have no work and our diplomas are no longer worth anything.” 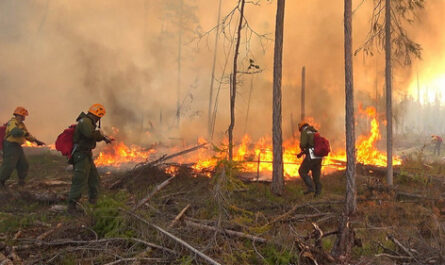