The Moscow city department of culture announced on Wednesday that they would not be renewing Kirill Serebrennikov’s contract as the director of the Gogol Center theater.

The previous day, on the theater’s eighth “birthday,” Serebrennikov had described some of the plans for 2021, which included not only theatrical productions but other artistic projects.

His contract will come to an end on Feb. 28.

Serebrennikov was appointed as director of the Gogol Theater in 2012. When he took the reins, the small theater was a moribund state-funded venue. In 2014 Serebrennikov reopened the theater as the Gogol Center, and the theater’s innovative productions quickly brought the theater awards and accolades. It has continued to be one of the capital’s most popular theaters. 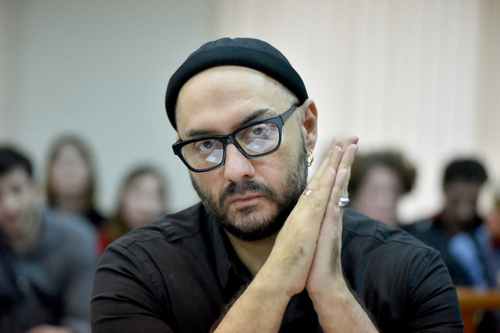 In May 2017, the Center was raided by the Russian Investigative Committee, and Serebrennikov and three others were charged with embezzlement of state funds. The “theater trial” was largely perceived as political and ended with guilty charges and large fines, but probation rather than incarnation.

There have been no announcements about the appointment of the next director.

The Center’s performances are entirely sold out through the beginning of March.

The Kalashnikov group, which produces the AK-47 assault rifle, is planning to target hipsters and young people with a gadget-packed shotgun, its director said on Tuesday.

Kalashnikov’s director Dmitry Tarasov said the group had developed a semi-automatic 12-gauge shotgun dubbed the МР-155 Ultima that has a built-in computer and can teach its users how to shoot.

“It’s the first gadget weapon. The task is to attract that part of the audience who was born with gadgets and cannot imagine themselves without them,” Tarasov said in an interview with the RBC business daily.

“Classic hunting today is becoming more rare, even outlandish. Therefore, I would like to involve… hipsters, Generation Z,” he said, referring to those born from the mid-1990s onwards. 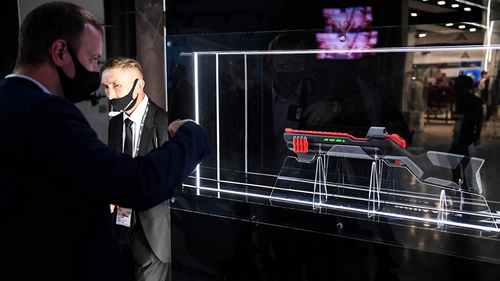 “I really want people to own weapons responsibly and at the same time get a kick out of it.”

The estimated price of its new high-tech shotgun, which was first presented at a military expo outside Moscow last summer, is 100,000 rubles ($1,348).

It can be adapted with gadgets including a compass and a video camera, Tarasov said.

The Kalashnikov group is Russia’s largest weapons producer and is part of the state-owned defense conglomerate Rostec.

The group says it manufactures some 95% of “all Russian small arms.”

In the last high-profile case, a teenage gunman in October 2018 killed 20 at his college in Moscow-annexed Crimea.

Last month a young army recruit was sentenced to over 24 years in prison for shooting dead eight servicemen, in a trial that spotlighted hazing in the army.