Chappell, 20, was then allegedly caught on bus security cameras going through the victim’s pockets and stealing $200 in cash from his wallet.

A Virginia bus passenger was robbed as he was having a heart attack by a man who told the driver he would help care for him.

The robbery took place shortly after the elderly victim, a US Air Force veteran, fell sick and collapsed on the bus in the city of Richmond.

Police say that when the driver pulled over and ordered all of the passengers off the bus to clear it for emergency responders, Damontea Chappell offered to stay with the victim until help arrived.

Authorities say the victim, who was on his way to see a doctor, was pronounced dead of natural causes at the scene.

“He was a wolf in sheep’s clothing,” Richmond Police Detective Greg Russell told NBC12 of the man who reportedly offered to help the victim. 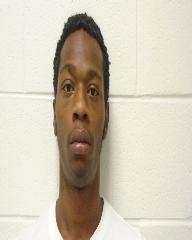 “He ended up removing money from the victim’s wallet, and putting it in his pocket.

“I’ve been a policeman for 30 years, and this might just take the cake. It’s a vile incident that happened.

“It should not have happened. This man deserved respect.”

Authorities say the footage came from cameras positioned inside and outside the Greater Richmond Transit Company bus.

“It’s already a very difficult time when you lose a loved one, but to find out that there was somebody who took that last piece of dignity from them, is extremely upsetting,” said GRTC spokesperson, Carrie Rose Pace.

Police say that Chappell later turned himself in and is being held in custody without bail.