Man-made fires have burned down forests and killed endangered animals at a protected Russian nature park on the border with China and North Korea, Russian activists say.

Animals including Far Eastern forest cats as well as several endangered species either burned alive or died by asphyxiation while endangered plants such as relict oaks burned to the ground at the Khasansky nature park in the Primorye region of Russia’s Far East, environmentalist Olga Dymnikova said Saturday.

Dymnikova, who heads the Element foundation’s environmental unit, claimed that a group of suspected hunters may have started the fire that took two days to extinguish after it began on Jan. 7.

“The worst has happened, the nature park has completely burned down,” she wrote in a Facebook post.

“Only one natural monument was rescued in the entire protected area of 94,646,600 square meters,” she added. 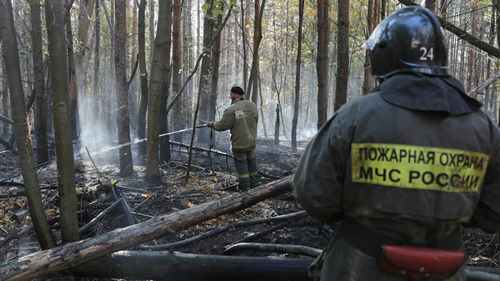 Dymnikova accused emergency officials of slow response efforts despite being immediately notified of the fires. It took seven hours for Russia’s Aerial Forest Protection Service to arrive at the scene without backing from the Emergency Situations Ministry, she wrote.

The 9,500-hectare (23,500 acres, 38.5 square kilometers) Khasansky nature park was founded to preserve wetlands in the flight paths of dozens of migratory birds, including cranes and herons.

The Primorye region’s wildlife and natural areas protection authority said the Khasansky nature park fire spread across more than 4,000 hectares (9,900 acres), according to Interfax. It said that protected areas totaled less than half of the burned area and that no wildlife carcasses have been found yet.

Russia has proposed its strategic Arctic shipping route as an alternative to the Suez Canal after a 400-meter cargo ship got stuck in the canal, blocking one of the world’s key shipping routes and sparking fears of a rise in oil prices.

Tracking data showed the ill-fated Ever Given container ship had charted a course resembling a massive phallus through the Red Sea before it got stuck in the Suez Canal — something that did not go unnoticed in Moscow.

The Northern Sea Route has “way more space to draw peculiar pictures using your giant ships,” state nuclear energy corporation Rosatom said in a Twitter thread where it listed reasons to choose it as a “viable alternative” Thursday.

“If you get icebound, we have icebreakers, well to break the ice,” Rosatom added, attaching an article on Rosatom icebreakers rescuing a cargo ship trapped in the ice in late December and early January.

Rosatom didn’t miss the opportunity to brag about how it provides real-time data on weather, currents, ice motion and other important information for navigating the north.

And finally, Rosatom said, “You might get stuck in the Suez Canal for days.”

Moscow has made expansion of the Northern Sea Route one of its key priorities as Arctic ice cover shrinks. In his May Decrees signed at the start of his current term in 2018, President Vladimir Putin listed increasing annual shipments along the route to 80 million metric tons by 2024 as one of the country’s goals.

While sailing the Northern Sea Route cuts about 40% of the distance between China and European ports compared with taking the Suez Canal, traffic along the Arctic route is not yet competitive with the Suez Canal or even sailing around Africa, The Barents Observer wrote Thursday. 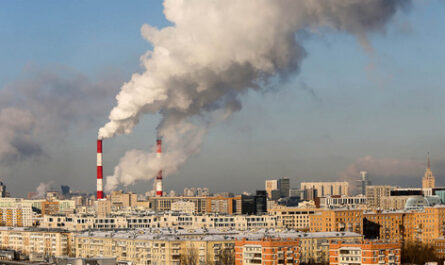