Russia will not invite foreign dignitaries to its annual World War II victory parade on Red Square next month, the Kremlin announced Wednesday.

“The rest will probably involve the usual invitations, but with added nuances that our sanitary authorities will determine closer to the date,” Interfax quoted Peskov as saying.

His comments follow reporting that suggests Moscow plans to lift coronavirus restrictions on mass gatherings to carry out the event. According to the RBC news website, the Mayor’s Office plans to announce the relaxed rules by April 26.

Peskov previously vowed that the 2021 Victory Day parade will take place on its traditional date of May 9. 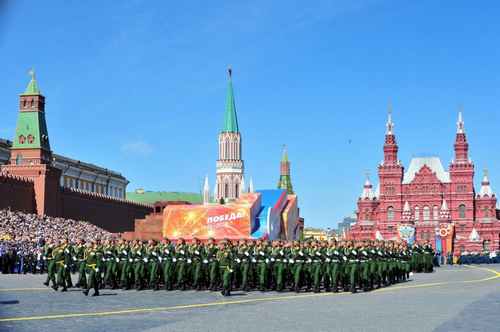 Last year’s event, which marked the 75th anniversary of the Soviet Union’s victory over Nazi Germany, was postponed by over a month due to the coronavirus pandemic.

The pandemic also scuttled plans for Chinese leader Xi Jinping and French President Emmanuel Macron to attend the 2020 parade. Instead, Putin was flanked by heads of former Soviet republics and elderly war veterans in uniforms decorated with medals.

Peskov last month said that Russia’s daily Covid-19 caseload of under 9,000 — a threefold drop from the country’s peak during the second wave late last year — raised hopes that health officials would allow mass attendance at the parade.

This year’s parade will showcase 12,000 troops as well as up to 200 pieces of military hardware, including Russia’s state-of-the-art Armata tanks.

With preparations in full swing, Defense Minister Sergei Shoigu ordered military chiefs Tuesday to take measures against the spread of Covid-19 among guests and participants.

Russia has one of the world’s highest Covid-19 death tolls and caseloads.

Russia’s acute migrant shortage linked to the coronavirus exodus is keeping the country from achieving its “ambitious” goals, the Kremlin said Thursday.

“We have to build more than we’re building now, but we need working hands to do it,” the state-run TASS news agency quoted Peskov as saying. 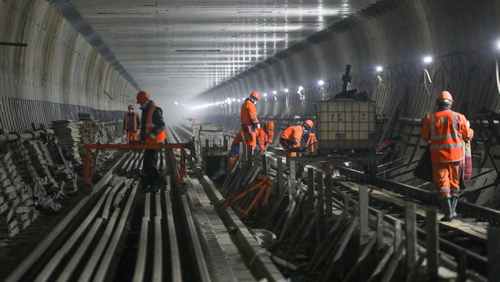 Late last year, the Interior Ministry estimated that nearly half of all migrants living in Russia before the pandemic had left the country.

Russia is attempting to implement its ambitious $400-billion National Projects development package — which covers areas including housing, infrastructure, health and culture — by its already pushed-back deadline of 2030.

Peskov’s comments came after one of President Vladimir Putin’s senior aides decried deteriorating attitudes toward migrants and warned of tensions stemming from failure to integrate migrant children into the Russian school system.

“This situation has a significant impact on the state of interethnic relations,” Kremlin deputy chief of staff Magomedsalam Magomedov was quoted as saying at a national policy forum.

Peskov said he was not aware of sociological studies indicating worsening attitudes toward migrants, but stressed that Russia should provide conditions for migrant children to adapt to Russian society. 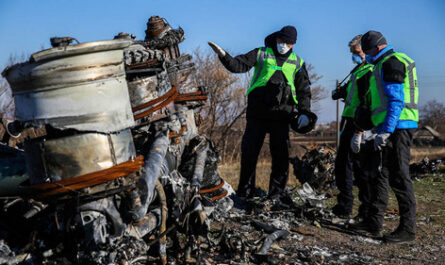 Russia Pulls Out of MH17 Talks With Australia, Netherlands