Iran’s armed forces on Tuesday launched a joint naval drill with Russia in the north of the Indian Ocean designed to “enhance security” of maritime trade, state television reported.

The “Maritime Security Belt Exercise” is to cover an area of 17,000 square kilometers and include units from the Iranian army and the elite Revolutionary Guards as well as Russia’s Navy, the broadcaster quoted drill spokesman Rear Admiral Gholamreza Tahani as saying.

“The purposes of this drill are to enhance security of international maritime trade, confront maritime piracy and terrorism, and exchange information,” he added.

Russia’s Baltic Fleet said in a statement on Monday that three ships will take part in the drill.

Exercises will include “liberating a commercial ship abducted by pirates,” and fighting fires, it said. 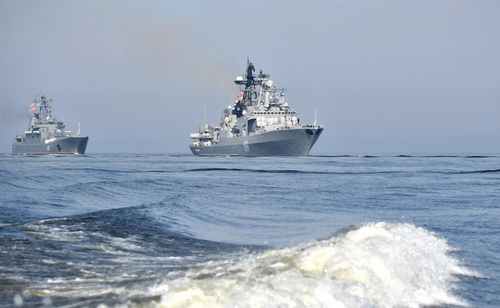 According to Tahani, the Indian navy will also join the exercise, in a message of “peace and friendship for neighboring and regional countries.”

The Iranian army said the exercises will also “expand bilateral relations” with Russia.

Iran, China and Russia held a similar drill in the area in 2019, and the Islamic republic participated in “Caucus 2020” drills held in Russia last September.

The incident of a North Korean man who reportedly defected to South Korea after crossing the heavily guarded border and roamed around unchecked for hours has sparked outrage in Seoul.

The incident took place last week when the man crossed over to South Korea after swimming for several kilometres, a lapse in security the South Korean army said it will address.

According to local Korean news reports, security officials acknowledged that the man was captured on CCTV more than half a dozen times before the guards finally apprehended him.

It is not the first incident of such a kind as just a few months ago, in November 2020, another North Korean man, claiming to be a gymnast, had crossed over the fence in the demilitarised zone between the two nations and went detected for about 14 hours. 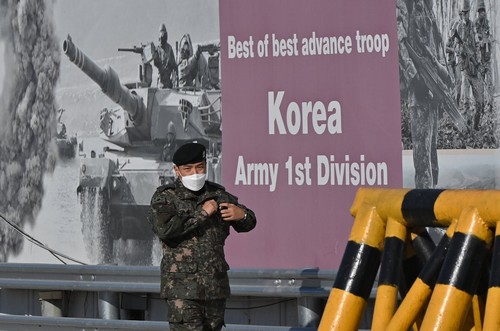 In this latest incident, it is revealed that the North Korean national’s movements set off alarms. It was only after the man moved several kilometres along a road that he was finally spotted by a guard and was apprehended.

The security agencies acknowledged that the guards failed to abide by due procedure in detecting the unidentified man.

Though security is routinely reviewed and tightened, every year hundreds of people, including many women, defect from North Korea to South Korea and China, the other country with which it shares a border. They routinely try to cross the border even at risk of being caught by North Korean forces or being deported.