Lawyers for Calvey, who was detained last February on embezzlement charges that he says are being used to pressure him in a business dispute, revealed in June that he had a malignant tumor in his leg. While the court allowed him to seek treatment at a private hospital, his appeal for an early house arrest release was rejected.

In the absence of MRI results, doctors were forced to remove the tumor using an outdated method that required Calvey to undergo an additional round of radiation therapy, the FT reported, citing unnamed sources.

Calvey’s cancer is reportedly in remission following the treatment. 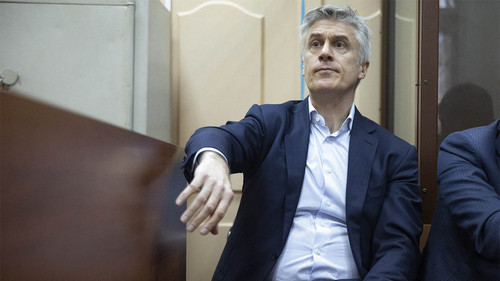 The investor was detained alongside five other executives of Russia’s largest foreign-funded equity group Baring Vostok on accusations of embezzling 2.5 billion rubles ($36.4 million).

The case, which the defendants say is an attempt to pressure them in a business dispute over control of mid-sized bank Vostochny, has rattled Russia’s business and foreign investment communities.

According to information obtained by the Financial Times, backchannel efforts to lobby Kremlin officials and security forces to reduce the charges against the defendants have stalled in recent weeks, leaving little hope for Calvey’s early release.

Pussy Riot said it hung the rainbow flags on the facades of “the most important symbols of Russian statehood.” 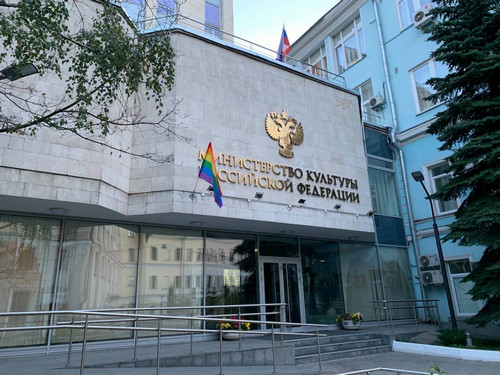 The group listed a set of demands, including the legalization of same-sex “partnerships,” an end to discrimination against LGBT Russians and investigations into the reported kidnappings and killings of LGBT members in the ultraconservative republic of Chechnya. The group also called for the repeal of Russia’s controversial law banning homosexual “propaganda” toward minors.

“We give this rainbow to everyone as a symbol of the missing love and freedom,” Pussy Riot said on its Facebook page.

Meanwhile, unknown individuals have hung a pro-Putin banner from the building opposite the U.S. Embassy in Moscow, according to the Mash Telegram channel, which is said to have links with Russian security services.

“Happy bday president number one,” reads the two-story-tall sign in capital letters with a photo of Putin donning an army jacket.

The Kremlin said Putin plans to spend his 68th birthday at work with around a dozen scheduled phone conversations with foreign and domestic figures. He will spend the rest of the day with family and friends.