Russian prosecutors have opened a probe into a state-run circus that featured a monkey in a Nazi uniform and two goats displaying swastikas during a Christmas performance.

The prosecutor’s office for the Udmurtia region said in a statement it was checking after images emerged on social media of “animals dressed in blankets with Nazi symbols” during the Jan. 8 performance by the local State Circus.

The show, put on by the local branch of the Orthodox Church a day after celebrating Christmas, showed the monkey being led around the circus ring by a woman in a Soviet military uniform and the two goats with red blankets on their backs displaying swastikas, according to a video published by the circus.

In the video, local priest Roman Voskresenskikh describes the performance as a “historical excursion into Christmas of different years.” 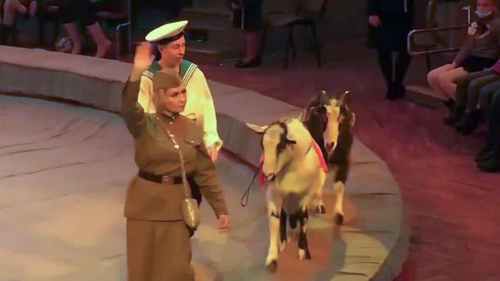 The Orthodox diocese in Izhevsk, Udmurtia’s main city, said in a statement that the Nazi symbols were used in an episode about the defeat of the German army near Moscow in 1942 during World War II.

“A special feature of circus art is entertainment, and there is nothing surprising in the fact that the images used in it have an ironic and sometimes even grotesque character,” the diocese said.

Both the diocese and the circus, in its own statement, claimed that the performance had not violated Russian law.

They pointed to an amendment passed last year lifting a blanket ban on the use of Nazi symbols as long as they are not intended to promote fascist ideology.

The ban, introduced in 2014, had been opposed by some lawmakers who argued that it theoretically covered documentaries about the Third Reich as well as World War II-related feature films, book illustrations and school textbooks.

A cat that was rescued from a central Russian waste processing plant has been named an assistant to the regional environment minister, the administration said Wednesday.

Widely circulated surveillance footage this week showed a plant worker retrieving the cat from a tied plastic bag on a conveyor belt. Veterinarians said the healthy and well-fed cat was likely domestic.

The Ulyanovsk region’s environmental affairs ministry announced a contest to name the rescued cat, which will be made honorary deputy in charge of wildlife protection.

“We’re taking the cat to our ministry and all employees will take responsibility for it,” minister Gulnara Rakhmatulina said in a statement. 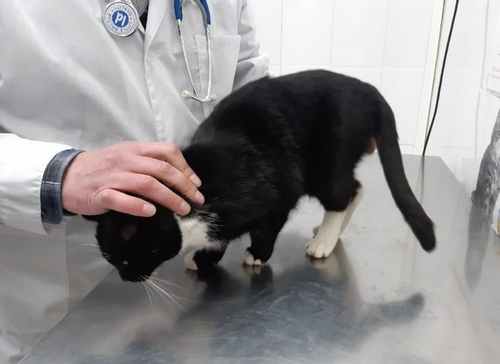 Addressing the owners who had disposed of the cat, Rakhmatulina said “if you can’t keep an animal at home, you can always give it away to a shelter.”

Ulyanovsk’s environment ministry said it awarded the waste processing employee Mikhail Tukash and its director with letters of appreciation.

“The cat wasn’t meowing and the bag wasn’t moving,” Tukash told local television. “I needed to cut the bag to screen it for metals. I was just doing my job.”

The plant’s director had said that the animal was seconds away from being killed.

The cat is at least the third animal to be rescued at the plant some 700 kilometers east of Moscow, local television said. Previously, it rescued an African hedgehog nicknamed “Vezunka” (Russian for “Lucky”) and two red-eared slider turtles. 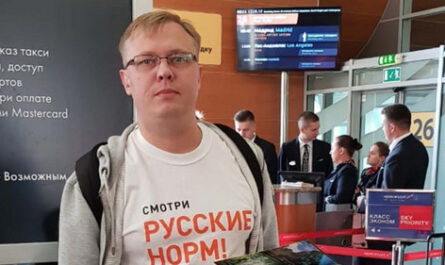