The two had come home understanding the risks of returning to the lair of unsuccessful assassins – and the likelihood that a period of extended separation would follow.

It was an image that crystallised last weekend’s news. Yulia Navalnaya, the tall, blonde 44-year-old wife of Russia’s most prominent opposition leader, embracing her husband at border control in a moment of cruelty and tenderness.

To describe the chapters of the couple’s last five months as Shakespearean, risks underselling the genre. To recap: first came the attack by a military-grade nerve agent. Then, the fortune of a quick thinking pilot and first responders. The agonising days of obfuscation by local bureaucrats.

The drama of evacuation and the miracle of recovery. An investigation and a phone call that incriminated agents of the Kremlin. 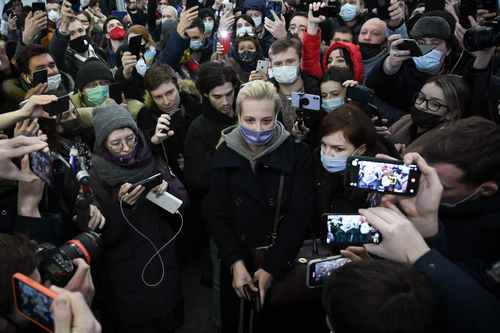 Yet for many, it was exactly that; a Romeo and Juliet in replay. Yulia Navalnaya’s impassioned defence of her man at every step along the way – from haranguing mendacious chief doctors to besieging Vladimir Putin to permit her husband’s evacuation – tugged at the emotions of many compatriots in ways they had not been before. Her ordinarily hard-shelled spouse was first among them. “Love heals and brings back to life,” Alexei wrote in a post-recovery ode. “Yulia, you saved me, and let them write that in the neuroscience textbooks.”

France on Monday urged Germany to scrap a major gas pipeline project with Russia in protest over the detention in Moscow of opposition leader Alexei Navalny.

“We have always said we have the greatest doubts on this project in this context,” European Affairs minister Clement Beaune told France Inter radio.

Asked specifically if France wanted Berlin to drop the project, Beaune said: “Indeed, we have already said this.”

The United States as well as several European countries such as Poland have criticized the Nord Stream 2 project, saying it will increase German and EU dependence on Russia for critical gas supplies.

German Chancellor Angela Merkel has insisted on the project, and work resumed on it in December after nearly a year because of American sanctions.

Beaune said European leaders were weighing new sanctions against Russia over President Vladimir Putin’s crackdown on the opposition led by Navalny, who was arrested in mid-January and faces a trial that could see him detained for years.

Thousands defied government warnings to protest across the country on Sunday in a second weekend of mass demonstrations against the arrest of Putin’s most prominent opponent.

“Sanctions have already been imposed, we could do that but we have to be clear, they will not be enough,” Beaune said.

“The Nordstream option is one under consideration,” he added, while acknowledging that “it’s a decision for Germany, because the pipeline is in Germany.” 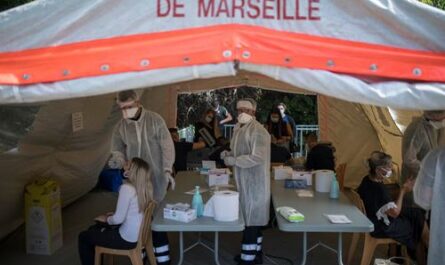 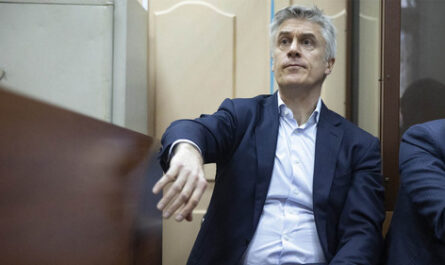 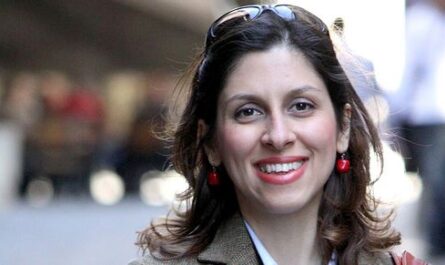