The accord is the last arms control agreement between the former Cold War rivals but negotiations to extend it had faltered under Biden’s predecessor Donald Trump.

“We can only welcome the political will to extend this document,” Kremlin spokesman Dmitry Peskov told reporters.

Peskov added however that any decision to extend the pact would depend on “the details of the proposal” from Washington. He said Moscow needed more time to study the U.S. administration’s offer.

White House press secretary Jen Psaki told reporters Thursday that the U.S. would lobby for a five-year extension to the pact. 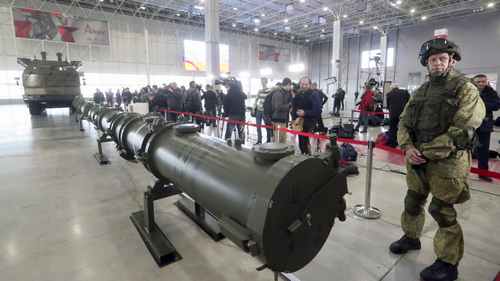 She said the extension was needed now more than ever given “adversarial” ties between Russia and the United States.

Peskov noted that previous conditions for the extension of the accord put forward by the United States “absolutely did not suit us.”

The accord restricts the former Cold War rivals to a maximum of 1,550 deployed warheads each, a cut of about 30% from a limit set in 2002, and 800 launchers and bombers — enough to blow up the world many times over.

Talks last year stalled over Trump’s insistence that China also become a party to the agreement, even though Beijing said it would not participate.

Russian President Vladimir Putin himself had offered Trump a five-year extension, the maximum allowed under the treaty that was signed in 2010 in Prague by former president Barack Obama.

Kremlin Says U.S. Should Focus on Texas Instead of Nord Stream 2

The Kremlin has said the U.S. should mind its own business when it comes to Moscow’s work on the controversial Nord Stream 2 pipeline and focus on power outages in Texas instead.

Millions of people in Texas were left without power and drinking water this week due to an abnormally severe winter storm. Meanwhile, the Biden administration is reportedly considering new sanctions on Nord Stream 2, which will carry Russian natural gas to Germany and western Europe beneath the Baltic Sea once complete. 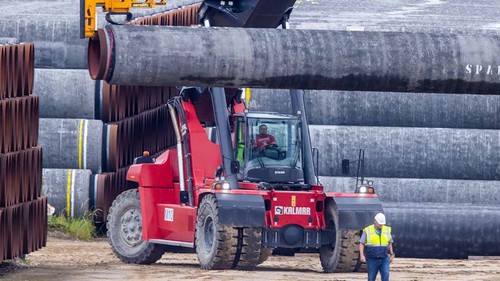 The pipeline “has absolutely nothing to do with the energy supply of the United States,” Kremlin spokesman Dmitry Peskov said to reporters Thursday, according to Interfax.

“It makes sense for our American partners to be less interested in Nord Stream 2 and more interested in Texas’ heat and energy supply,” Peskov added.

Russia and the U.S. have long been at odds over the $11 billion pipeline’s construction, which resumed on Feb. 6 after coming to a halt last year amid pressure from the Trump administration.

Washington argues that Nord Stream 2 will allow Moscow to wield its energy resources to exert political influence in Europe.

At his annual press conference in December, Russian President Vladimir Putin insisted that the pipeline will be completed.