At least two miners died after a rockfall at a Trans-Siberian Gold company-owned mine on Russia’s Pacific coast, emergency officials said Wednesday.

Three of the five engineers who were installing ventilation systems at the Asacha deposit in the Kamchatka region climbed out on their own, the Emergency Situations Ministry’s regional branch said in a statement.

“Two people who failed to get out of the rubble were found dead,” it said, adding that the governor and administration of the Russian Far East region had expressed condolences to the victims’ families.

The regional Emergency Situations Ministry said it ended the rescue operation at the mine some 6,200 kilometers east of Moscow 12 hours after the accident occurred.

Investigators are looking into the cause of the rock collapse. State media, citing Kamchatka’s mining association president Alexander Orlov, said that Trans-Siberian Gold’s subsidiary Trevozhnoye Zarevo had seen “no serious safety violations” in its nine years of operation at the site. 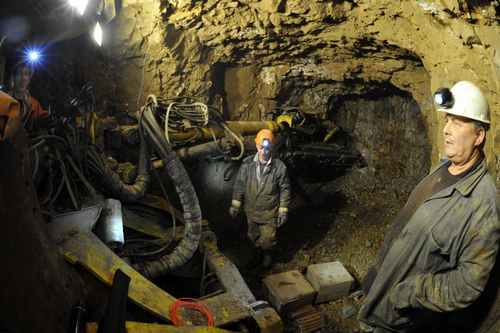 Over the past decade, the Trans-Siberian Gold website’s health and safety section showed one of the estimated 650 employees dying and nine others being injured at work.

This is the second high-profile gold mining accident in Russia in recent years, after an October 2019 dam collapse killed 15 gold miners in Siberia’s Krasnoyarsk region.

Three people were killed after an avalanche swept through a ski resort outside the Arctic city of Norilsk overnight, Russian investigators said Saturday.

The Investigative Committee, which probes major crimes, said it was notified at 00:30 local time that an avalanche had buried four buildings under snow at the Otdelnaya Gora ski complex.

Rescuers had recovered the bodies of a 38-year-old woman, her 18-month-old child and 45-year-old husband. A 14-year-old was found alive and hospitalized with frostbite.

The Investigative Committee added that it had opened a criminal case into deaths by negligence as a result of safety violations. 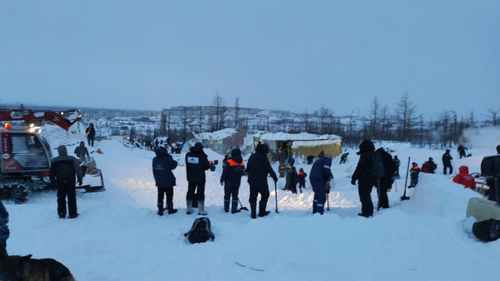 The Norilsk mayor’s office announced a day of mourning in the city and said that authorities “express sorrow and deep condolences to the families and friends of the victims.”

Rescuers wearing headlights in the night and heavy coats against the bitter cold shovelled snow out of a building packed to its roof.

On Saturday morning the emergencies ministry branch in Siberia’s Krasnoyarsk region, which includes Norilsk, said all of the missing people had been found and it was ending the search and rescue mission.

Rescue volunteer Maxim Inikhov told journalists all of the buildings were unoccupied at the time of the avalanche except for one housing the director of the resort’s ski lift, Vlad Popov, his wife and their two children.

“We have a very strong blizzard so there were very few people vacationing today at the ski resort,” Inikhov told Rossiya-24 television.

Avalanche accidents are not uncommon in Russia.

In spring 2019, seven climbers died in an avalanche in Siberia’s Altai mountains. 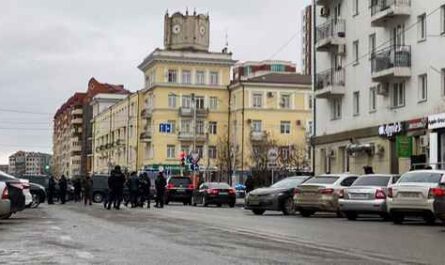