A Russian company that planned to send tourists to space through the country’s first private cosmodrome has scrapped the project and will permanently close, the state-run RIA Novosti news agency reported Tuesday.

Kosmokurs’ operations will cease due to “insurmountable difficulties” in coordinating with local authorities on the cosmodrome project as well as the company’s “inability to obtain needed regulatory documents from the Defense Ministry” for the design of a suborbital tourist rocket, its CEO Pavel Pushkin told RIA Novosti.

Pushkin founded the private space corporation in 2014 after being inspired by the early success of companies like SpaceX, founded by U.S. billionaire Elon Musk, and Blue Origin, founded by Amazon CEO Jeff Bezos.

Russia’s state space agency Roscosmos in 2017 had approved Kosmokurs’ ambitious plan to send tourists to space by 2025. Roscosmos is now looking into hiring Kosmokurs’ 50 or so employees, RIA Novosti reported. 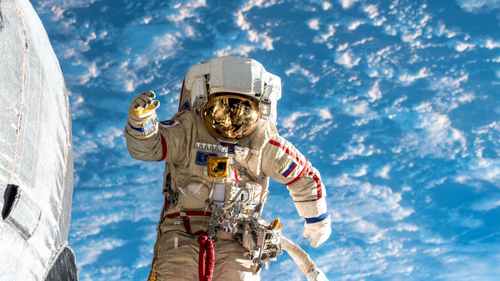 Kosmokurs planned to charge tourists between $200,000 and $250,000 to spend about five minutes in zero gravity, with up to 115 launches sending up to 700 civilians, mainly foreigners, on the journey per year.

Pushkin planned to develop a single-stage reentry rocket and a seven-seater spacecraft for the suborbital tourist flights. The company planned to build a cosmodrome in the Nizhny Novgorod region to carry out the launches, with a construction deadline set for 2025.

The Russian Navy has for the first time fired long-range Kalibr cruise missiles on a ground target in the Sea of Japan, the Russian military announced Tuesday.

The Pacific Fleet’s statement follows concerns voiced by U.S. defense officials that the Kalibr, which will for the first time allow Russian warships to conduct long-range strikes against land targets, would offset U.S. advantages in the Pacific region.

“Today, the Pacific Fleet frigate Marshal Shaposhnikov for the first time launched the Kalibr cruise missile on a ground target from the waters of the Sea of Japan,” the Russian military said. 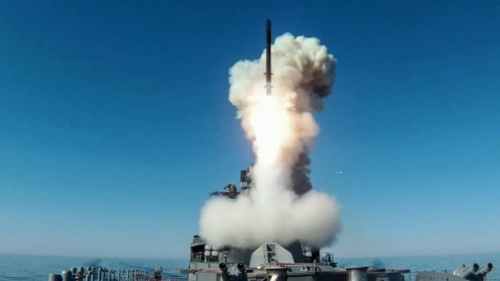 The cruise missile hit its coastal target at a range of more than 1,000 kilometers, it added in an announcement on the Defense Ministry’s website.

The head of the U.S. Indo-Pacific Command, Adm. Phil Davidson, testified to Congress last month that Russia will begin fielding Kalibr cruise missiles across its Pacific Fleet in 2021.

According to his reported written testimony, the missiles will give the Russian military “substantially increased anti-ship capabilities and the ability to conduct long-range strikes against land targets for the first time.”

Davidson added that Russia is upgrading its Pacific forces with advanced fighters and longer-range bombers, as well as air defense and land-based anti-ship cruise missiles.

“These improvements are designed to restrict access to regions of the Pacific Ocean near Russia’s coast, while simultaneously expanding Russia’s ability to project power across the region and into the Arctic,” he was quoted as saying.

President Vladimir Putin said in 2018 that Russian warships armed with Kalibr missiles would be on permanent standby in the region to counter the terrorist threat in Syria.