A major winter storm is expected to descend on Moscow this week with massive snowdrifts and unusually cold air temperatures even by the Russian capital’s standards, forecasters said Wednesday.

He also forecast the accumulation of some of the tallest snowdrifts since February 2018, when snow cover neared 50 centimeters.

“This is a real snow storm, snow Armageddon, snow apocalypse — this is not a training drill, but real combat,” Yevgeny Tishkovets, the leading meteorologist at the Fobos weather center, told the state-run RIA Novosti news agency. 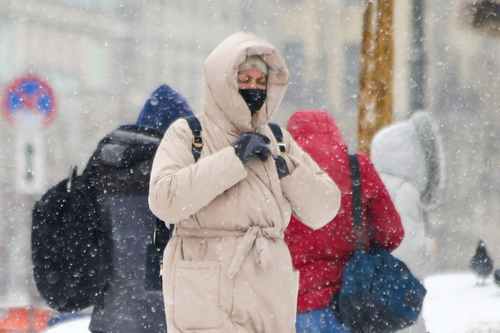 Moscow is bracing for the snowy onslaught amid some of the decade’s coldest weather, with temperatures plummeting to minus 20 degrees Celsius this month.

Experts linked last year’s unusually warm winter to climate change but noted that this year’s weather hews closer to past winter averages for the Russian capital.

“The abnormally warm Moscow winter of last year was more of a direct consequence from climate change rather than this February’s cold,” Anatoly Tsygankov, head of the weather service’s situational center, told The Moscow Times.

“In fact, this winter is more closely related to what a real winter in Moscow should usually look like,” Tsygankov said. “Weather is not always a direct consequence of climate change.”

Valentine’s Day at the Hyatt Regency

The romantic months of February and March begin with Valentine’s Day this coming Sunday (Feb. 14). Even though Russians traditionally celebrate men on Feb. 23 (Defender of the Homeland Day) and women on March 8 (International Women’s Day), they have happily joined their foreign friends and added this celebration of couples in honor of St. Valentine.

The Hyatt Regency in Petrovsky Park is offering a romantic and fun evening this Sunday at the Oriental Bar. True to their name, the Oriental Bar chefs have come up with a menu with Asian notes: a wide assortment of the freshest sushi and rolls, seafood ceviche and tartare, cold seafood salads and hot starters with salmon and scallops, three choices of mains that include fillet mignon. For dessert: a light and airy strawberry cake or fruit.

Enjoy dinner with music, special gifts from Dolce & Gabbana, and some of the best views of the city skyscrapers glittering beyond the windows. Take part in a draw for a free romantic night at the hotel.

There is a deposit with the reservation.