More than 12,000 migrants and refugees fled the fires, which the Greek government says were deliberately set by a small group of Afghan migrants to protest a virus lockdown at the Moria camp. Thousands have slept outdoors on a nearby roadside in the nights since the blazes.

Thousands of people marched in Berlin on Sunday demanding that the government do more to help migrants stuck in Greece, many of whom have been made homeless since fires ravaged the country’s largest refugee camp.

The crowd marched through the capital to the landmark Victory Column carrying signs with slogans like “we have space” and “Seehofer, be a Christian” — a reference to Interior Minister Horst Seehofer.

A little girl held a sign saying “let the people in” while a woman waved a placard saying “People are suffering, Fortress Europe looks on — and cuddles up to the right.”

Germany’s government said last week it would take in 1,553 migrants — 408 families with children — from various Greek islands who already have been granted protected status in Greece. The move came on top of a decision to take in up to 150 unaccompanied children as part of a European effort.

The weekend demonstrators demanded that Germany do more, and that the government not block independent state or municipal efforts to take in refugees themselves.

About 3,000 people had registered to take part in the march, but police told the dpa news agency the crowd numbered in the “mid four-digit range.”

France: 7 in custody after stabbing linked to Charlie Hebdo

Counterterrorism authorities are investigating what authorities called an Islamic extremist attack linked to Charlie Hebdo, which lost 12 employees in an al-Qaida attack in 2015. The weekly, which routinely mocks religious and other prominent figures, recently republished caricatures of the Prophet Muhammad that outraged many Muslims.

The suspected assailant in Friday’s stabbing had been arrested a month ago for carrying a screwdriver but was not on police radar for Islamic radicalization, Interior Minister Gerald Darmanin said. He said the screwdriver was considered a weapon, but did not explain why.

The suspect arrived in France three years ago as an unaccompanied minor, apparently from Pakistan, but his identity was still being verified, the minister said.

Seven others were detained in the aftermath of Friday’s attack, but one has been released, according to judicial officials. Five of those in custody were detained in the Paris suburb of Pantin in a residence where the suspect is believed to have lived, a police official said.

Two people were wounded in Friday’s attack, a woman and a man working at a documentary production company who had stepped outside for a smoke break.

The interior minister conceded that security was lacking on the street where Charlie Hebdo was once headquartered, and ordered special protection for all “symbolic sites,” noting in particular Jewish sites around the Yom Kippur holiday this weekend. A Jewish grocery store was targeted days after the Charlie Hebdo newsroom massacre, in what authorities say were coordinated attacks. 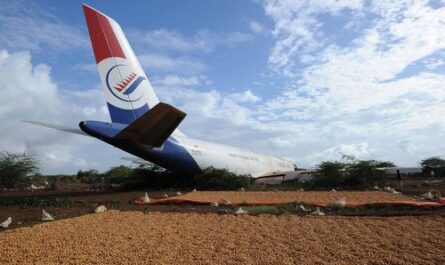