Transport minister Mohamed Abdullahi Salad told reporters that the plane had just taken off for Beledweyne town in central Somalia, but returned to the airport after detecting mechanical problems.

A cargo plane has crashed at the international airport in Somalia’s capital.

The country’s transport minister said three of the four crew members on board were injured after the incident at Aden Adde International Airport in Mogadishu on Saturday.

Photos posted from the scene show the plane’s cockpit crushed against a concrete barrier close to the sea.

Markings on the plane indicate that it is operated by Silverstone Air in neighbouring Kenya.

A spokesman for the UN mission in Somalia, shown in photos responding to the crash, did not immediately respond to a request for details. 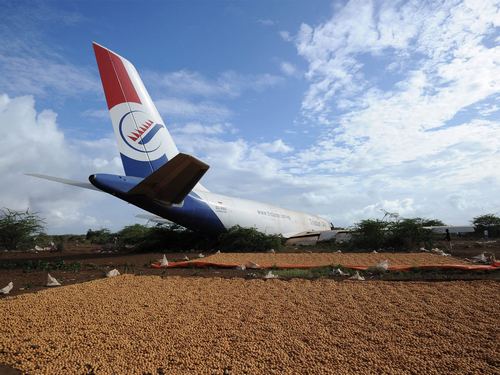 The heavily fortified airport is home to diplomatic missions and serves as a hub for humanitarian flights in the Horn of Africa nation, which is trying to rebuild after three decades of conflict.

Somalia has seen a number of plane crashes this year.

And in May, six people were killed when a Kenyan plane with African Express carrying medical supplies crashed on approach to Bardale in the Bay region.

An investigation has been launched into the cause of a mid-air crash between a Marine Corps fighter jet and another plane in a remote part of Southern California earlier this week.

According to the Marine Corps Air Station in Yuma, Arizona, the collision occurred on Tuesday afternoon as the F-35B jet swiped a Lockheed Martin KC-130J tanker around 4:00pm.

A statement from the station said the jet pilot “ejected successfully and is currently being treated” and that no other injuries were reported.

There were a reported eight crew members on board at the time of the collision, though none were injured.

Photos from the scene posted online by KMIR showed a military plane on its belly in a farm field near Thermal Airport.

It was not immediately clear why the Marine fighter jet was flying in the region, whether it be a routine mission or training exercise.

The cause of the crash remained under investigation as of Wednesday.

A local CBS affiliate reported from the scene of the crash on Tuesday, showing the KC-130J tanker with missing propellers and leaking fuel.

The plane reportedly made the emergency landing in the farm field close to the airport after it clipped the other plane, according to KESQ-TV. 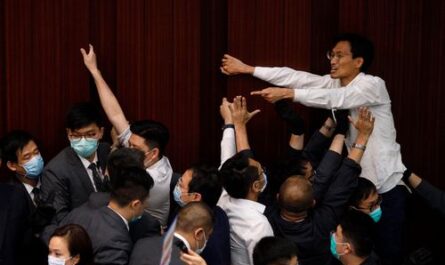 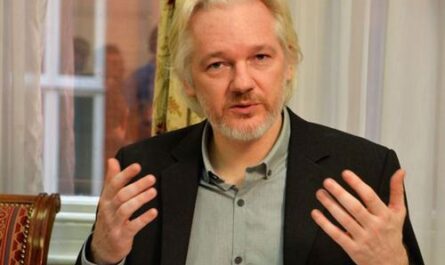