President Joe Biden’s administration has repeatedly voiced alarm over Navalny, President Vladimir Putin’s most vocal critic whose doctors say he was poisoned and who was promptly detained last month on returning to Moscow.

Blinken in a call to Lavrov “reiterated President Biden’s resolve to protect American citizens and act firmly in defense of U.S. interests in response to actions by Russia that harm us or our allies,” a State Department statement said.

“This includes the release of Paul Whelan and Trevor Reed so that they are able to return home to their families in the United States,” it said. 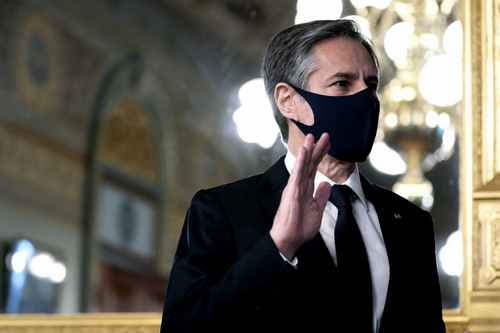 Blinken also “raised Russian interference in the 2020 United States election, its military aggression in Ukraine and Georgia, the poisoning of Alexei Navalny and the SolarWinds incident, among other issues,” it said referring to the massive SolarWinds hack in which U.S. intelligence suspected Russia.

Former president Donald Trump had unsuccessfully pushed to expand New START, which would have expired this week, to include China, whose nuclear program is growing but remains significantly smaller than those of Russia and the United States.

The State Department said that Blinken and Lavrov addressed “the need for new arms control that addresses all of Russia’s nuclear weapons and the growing threat from China.”

A Russian court on Wednesday ordered a psychological examination of former U.S. Marine Trevor Reed, who was convicted of assaulting a police officer in a case condemned by President Joe Biden’s administration.

Reed, 29, was found guilty and sentenced to nine years behind bars in July last year for allegedly hitting a Moscow law enforcement officer while drunk in 2019.

During a call with Russian Foreign Minister Sergei Lavrov earlier this month, U.S. Secretary of State Antony Blinken demanded his release and that of another former U.S. marine jailed in Russia. 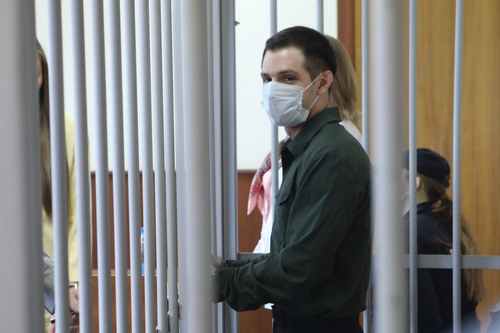 At an appeal hearing in Moscow on Wednesday, the court ordered a psychological and psychiatric evaluation be carried out because “Reed does not remember anything about the circumstances of the event.”

Russian news agencies reported that the court additionally cited a need for the exam since Reed had “consumed one liter of vodka” prior to his detention.

At the time of the trial, Reed’s legal representation and his family pointed to what they said were inconsistencies in the process and speculated his arrest could be politically motivated.

His case was overshadowed by the trial against another former marine, Paul Whelan, who was convicted on espionage charges in June last year and sentenced to 16 years behind bars.

Whelan’s lawyer has said on several occasions that Russian authorities were negotiating a prisoner exchange for the two former U.S. military men.

U.S. diplomats have previously raised concerns over a case against Michael Calvey, a high-profile American investor who was arrested last year for allegedly defrauding a Russian bank.