Videos of the confrontation that were shared on Twitter, apparently taken by bystanders and the Russians themselves, appear to show the Russian troop carriers and helicopters trying to box the U.S. vehicles in and then force them from the area, near Dayrick.

Vehicles appear to bump each other, and at one point – possibly at the beginning of the confrontation – one of the helicopters hovers very low over the halted Americans, blasting them with prop wash.

The White House National Security Council said in a statement that a Russian vehicle struck a U.S. mine-resistant ATV, “causing injuries to the vehicle’s crew.”

There were no details available from the NSC or Pentagon on how many crew were injured and what the extent of the injuries were. 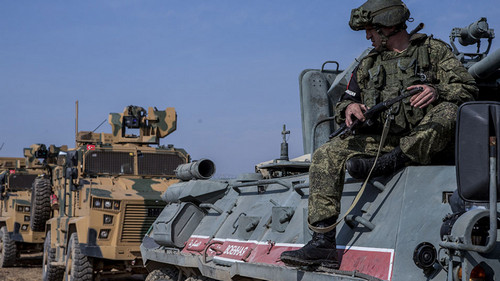 He said the patrol departed the area to de-escalate the situation.

“Unsafe and unprofessional actions like this represent a breach of de-confliction protocols, committed to by the United States and Russia in December 2019,” said Ullyot.

“The coalition and the United States do not seek escalation with any national military forces, but U.S. forces always retain the inherent right and obligation to defend themselves from hostile acts.”

U.S. and Russian troops frequently interact in Syria, but confrontations have been rare.

A Russian major general was killed and two servicemen wounded when an improvised explosive device went off near a Russian convoy in eastern Syria on Tuesday, news agencies quoted the defense ministry as saying.

The ministry said the device went off while the convoy was returning from a humanitarian operation near the city of Deir Ezzor.

The statement, released to the Interfax, RIA Novosti and TASS news agencies, said the three servicemen were wounded in the blast and that a “senior military advisor with the rank of major general” died while being evacuated and provided with medical assistance. 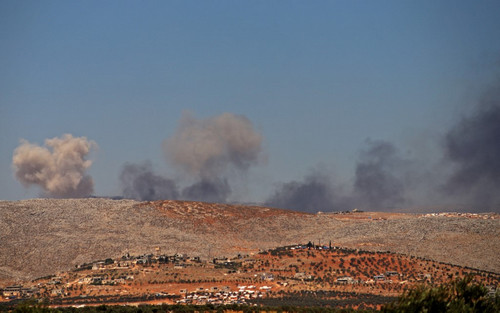 No further details were provided.

Thousands of Russian troops are deployed across Syria in support of its army.

Moscow’s military intervention in 2015, four years into the Syrian conflict, helped keep President Bashar al-Assad in power and started a long, bloody reconquest of territory lost to rebels in the early stages of the war.

In July, three Russian and several Turkish soldiers were wounded in Syria’s restive Idlib province when a joint military patrol was hit by an improvised explosive device.