The pogrom in the Capitol building on the day of the approval of the results of the presidential elections in the United States will have long-term negative consequences both for the image of the United States and for the political future of Donald Trump, experts interviewed by RBC are sure

On January 7, both houses of the American Congress approved the results of the presidential elections, the final winner was the candidate of the Democratic Party, Joe Biden. The procedure ended with a delay of several hours due to riots organized by supporters of outgoing President Donald Trump.

On the afternoon of January 6, protesters in downtown Washington, disagreeing with the election results and believing that they were held with numerous violations, broke into the Capitol building, where parliamentarians are meeting, and disrupted the start of the ceremony. President Trump urged supporters to take to the streets in a series of tweets, and on the evening of January 6, he urged them to end the riots. During the storming of the Capitol, four people were killed.

The mob attack on the Capitol while Congress was counting the electoral votes is a serious blow to the stability and integrity of American democracy, Richard Bensel, professor of political science at Cornell University, told RBC. “It is difficult to talk in detail about how all this will affect the reputation of the United States in the global arena, but it is obvious that what happened will not help the image of the United States,” he said.

According to Bensel, the behavior of Donald Trump, who, according to the expert, incited supporters to take decisive action in order to retain the presidency despite the official election results, defies logical explanation. “It seems that Trump’s main motivation is anger and revenge, that is, emotions that defy logical analysis and do not have a clear purpose,” Bensel said.

As the expert noted, it is difficult to say whether Congress will remove Trump from office ahead of schedule. “But personally, in my opinion, Trump’s actions can be characterized as treason to the US government, and I think that many officials in Washington are preparing for his new antics in the coming weeks,” the expert summed up. The fact that the congressmen should remove the president was also mentioned by the MEP, the former head of the Polish Foreign Ministry Radoslaw Sikorski.

Biden called what was happening in the capital a rebellion. However, according to the former French ambassador to the United States, Gerard Oro, this is not a rebellion, but a police inaction. “We saw not a riot, but the successful actions of several thousand demonstrators who took advantage of the incompetence of the security forces around the Capitol,” said Oro, who is now an advisor to the American consulting company Albright Stonebridge Group. Amnesty International, which analyzed the clashes in the summer of 2020, previously reported on the problems with ensuring the security of rallies and protests at the American police.

The footage from the storming of the congress will be broadcast in the media for a long time, and it is not yet fully understood why the crowd of Trump supporters was able to infiltrate the congress building so easily, Paul Musgrave, assistant professor of public administration at the University of Massachusetts at Amherst, told RBC. “In a word, this is a big event, but its consequences will be finally clear only in the future,” he said. 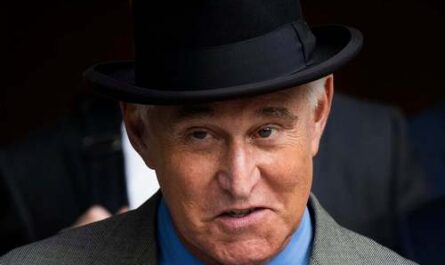 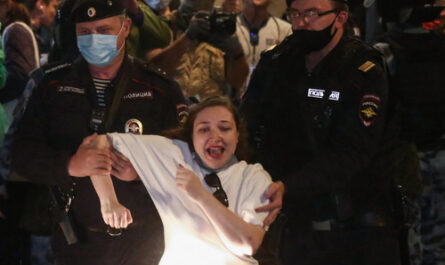 Over 140 Detained After Anti-Putin Protest in Moscow