The 20-year-old was jailed last year for trying to join the group in Syria but was freed in December, and deceived authorities by complying with a deradicalisation programme.

Isis has claimed responsibility for the terror attack that left four victims dead in Vienna. In a propaganda statement, the group hailed the death and injury of 30 “crusaders” at the hands of a “soldier of the caliphate”.

Perpetrator Kujtim Fejzulai, who was shot dead by police during Monday night’s attack, had pledged allegiance to Isis in an Instagram post hours before the rampage.

Isis shared a photo of Fejzulai posing with the automatic rifle, handgun and machete he was armed with during the attack, and praised him for shooting a police officer.

Fejzulai also wore a fake suicide vest, mirroring tactic sused by numerous terrorists in recent attacks in the UK and other countries. He struck in the Austrian capital’s busy nightlife district hours before enhanced coronavirus restrictions came into force.

Footage showed the gunman, dressed in white, firing off bursts apparently at random as he ran down cobbled streets. Witnesses described dozens of screaming people fleeing the sounds of gunshots, while others barricaded themselves inside restaurants.

Earlier in the day, he posted photos on Instagram showing him posing with his weapons and pledging allegiance to Isis’s caliph. Two men and two women were killed, including a German citizen, and a police officer was among 22 people wounded.

Fejzulai was known to security services because of a previous attempt to join Isis in Syria, which saw him jailed for 22 months in April 2019. But he was released in December, eight months later, because of Austrian law for young adult offenders.

He was born in Austria but also held North Macedonian citizenship, and had family connections to Albania.

Fejzulai is reported to have complied with a deradicalisation programme and probation officers, and apparently convinced the authorities charged with monitoring him that he was no longer a threat.

Mr Nehammer said the gunman was believed to have deliberately deceived officials, adding: “There were no warnings about radicalisation… he succeeded in deceiving the supervisors in the deradicalisation program imposed on him.”

False compliance with such measures is an emerging concern across Europe amid a wave of attacks by former terrorist prisoners, including the recent UK attacks at Fishmongers’ Hall, HMP Whitemoor and Streatham.

Fejzulai’s lawyer in the 2019 court case, Nikolaus Rast, told public broadcaster ORF that his client had seemed ”completely harmless“ at the time.

”He was a young man who was searching for his place in society, who apparently went to the wrong mosque, ended up in the wrong circles,“ Mr Rast said. ”I can’t say exactly what happened.“

Fejzulai’s family ”wasn’t strictly religious at all; the family wasn’t radical – it was a completely normal family“, he added. ”I still remember that the family couldn’t believe what had happened with their son.“

Since 2014, Isis has called for supporters who cannot travel to its territories to launch terror attacks in their home countries.

As well as al-Qaeda and other jihadist groups, it has been ramping up calls for atrocities in recent weeks following the recent attacks in France and debate over cartoons of the Prophet Mohammad.

British authorities have raised the UK’s terror threat level to severe, meaning attacks are highly likely, citing the Vienna shooting as a factor.

Police have detained 14 people connected to Fejzulai in an ongoing investigation, and searched 18 properties.

The Austrian chancellor, Sebastian Kurz, described the shooting as an Islamist terror attack.

“We will not be intimidated by terrorists. We will defend our basic values, our way of life and our democracy with all our might.”

Mr Kurz said authorities would “pursue everyone who has anything to do with this outrage with all available means”.

He added: “We must always be aware that this is not a clash between Christians and Muslims, or between Austrians and migrants. This is a struggle between the many people who believe in peace, and the few who want war.”

The shooting began shortly after 8pm near Vienna’s main synagogue as many people were enjoying a last night of open restaurants and bars before a month-long coronavirus lockdown, which started at midnight.

There was initial confusion over the number of assailants, but officials said that evidence gathered so far showed no indication of any gunmen other than Fejzulai.

People in Vienna were urged to stay at home if possible on Tuesday and children did not have to go to school, as more than 1,000 police officers were mobilised.

The government has ordered three days of national mourning and held a minute’s silence at midday on Tuesday, with leading politicians laid wreaths and candles where the attack took place. 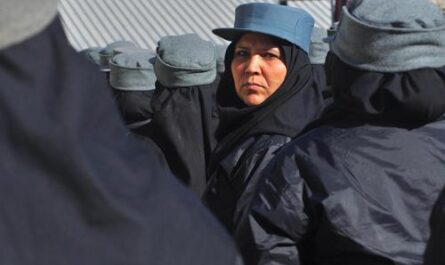 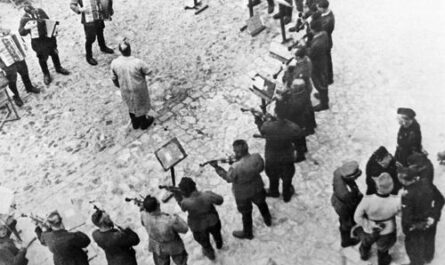 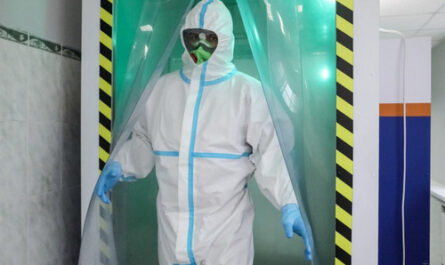