Mr McCabe cited “21 years of opening and overseeing” federal investigations before adding: “I can tell you that nobody opens a sex trafficking investigation in which the subject is a sitting member of Congress without having a significant degree of information.”

Andrew McCabe, former FBI deputy director, said the Justice Department requires “a significant degree of information” before launching an investigation like the one announced this week, which reportedly seeks to uncover whether the Republican had a sexual relationship with a 17-year-old whose travels he paid for.

Speaking to CNN on Wednesday night, the former FBI director said: “I can assure you the FBI doesn’t open these cases lightly, and don’t get briefed to the attorney general without some significant momentum behind them.”

Mr Gaetz has refuted the allegations, posting a bizarre defence on Twitter in a statement that claimed in part his family was the subject of an “organised criminal extortion”.

Without providing many details, Mr Gaetz went on to claim a former Justice Department official was “threatening to smear my name” while seeking $25m to keep the sex trafficking investigation quiet, and that he and his family had assisted with a separate investigation into that official.

He claimed his father had worn a wire to assist the Justice Department with its investigation into the former federal official, a claim his father echoed on Tuesday night in his own interview.

Mr Gaetz also denied that he had paid for a 17-year-old girl to travel with him, a move which could violate federal sex trafficking laws. His office has not responded to multiple requests for comment.

In his statement, the congressman said: “No part of the allegations against me are true, and the people pushing these lies are targets of the ongoing extortion investigation.”

Mr McCabe, who was fired from the FBI under former President Donald Trump, was previously the subject of a two-year criminal probe which alleged he misled investigators about leaking information to the media in 2016.

The investigation surrounding Mr Gaetz was opened under former Attorney General William Barr, according to the New York Times, and the congressman has not been charged. Other reports this week stated he was not planning to seek re-election and was considering a television gig at a right-wing news network. 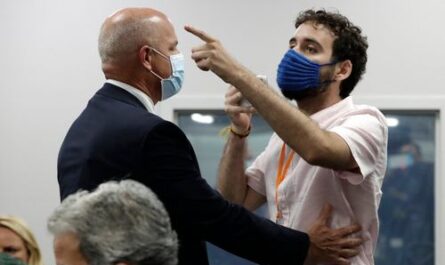 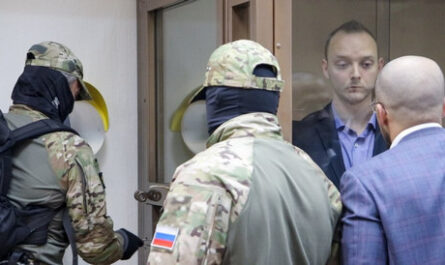