The British socialite had not been seen in the year since the arrest of Jeffrey Epstein, with whom she was accused of conspiring to abuse minors. Finally, at a hearing to decide whether she would be freed on bail ahead of her trial, details about her life in hiding began to emerge.

The prosecutors alleged that Ms Maxwell was not being honest. They believed she had not been transparent about her access to potentially millions of dollars, which gave them cause to believe she was a flight risk. Then, almost in passing, they revealed that she was married.

“The defendant also makes no mention whatsoever about the financial circumstances or assets of her spouse, whose identity she declined to provide to pretrial services,” said Alison Moe, one of three prosecutors in charge of the case.

In the middle of a dramatic court hearing, conducted via videolink due to coronavirus restrictions, the revelation by prosecutors that Ghislaine Maxwell was married went almost unnoticed.

“There’s no information about who will be co-signing this bond or their assets, and no details whatsoever,” she added.

The revelation was central to the prosecution’s argument that Ms Maxwell has been disguising her true wealth. Media reports have been rife with speculation that the spouse might be a tech CEO from Boston named Scott Borgerson, with whom she has been romantically linked.

That she had managed to keep the identity of that husband secret from law enforcement and the gaze of the media was a shock to everyone.

“No one knew she was married,” a former friend of Ms Maxwell told The Times.

Even more curious was the fact that there appears to be no marriage certificate in public filings in Massachusetts or New Hampshire, where she was known to have spent time in the last year.

The identity of the husband may yet lead prosecutors down new avenues in the wide-reaching investigation into the sexual abuse of young girls by Epstein.

At the two-hour hearing on Tuesday, Ms Maxwell, 58, pleaded not guilty to six charges, including perjury and enticing minors to engage in illegal sex acts. She stands accused of grooming and procuring young women for her longtime associate and former boyfriend to abuse.

The indictment against her claims that she “assisted, facilitated and contributed to Jeffrey Epstein’s abuse of minor girls by, among other things, helping Epstein to recruit, groom, and ultimately abuse victims known to Maxwell and Epstein to be under the age of 18”.

After hearing arguments on Tuesday, US District Judge Alison J Nathan ruled that Ms Maxwell be held in jail until her trial, which was scheduled for July 2021, citing her international connections, her wealth and the seriousness of the charges against her.

“No combination of conditions could reasonably ensure her presence at court. The risks are simply too great,” she said, agreeing with the prosecution’s contention that Ms Maxwell has displayed “sophistication in hiding her resources”.

Maxwell’s whereabouts had been the subject of intense speculation since Epstein’s arrest and suicide in custody last year. Media reports have alleged that she was living in other parts of the US, Paris, London and Israel. But the FBI said they had been monitoring her movements as their investigation proceeded, before finally swooping on her latest location in a luxury mansion in New Hampshire. Federal investigators said they had been “discreetly keeping tabs” on Maxwell as they worked the investigation, before finally making their arrest on 2 July.

Prosecutors have so far been unable to ascertain the identity of Ms Maxwell’s mystery spouse. Some have speculated that it may be her last alleged romantic partner, Scott Borgerson, a 44-year-old CEO of a Boston tech company. The Daily Mail reported last year that she had previously lived with him at his oceanfront property in Manchester-by-the-Sea, in Massachusetts, prior to her arrest earlier this month. But he has frequently denied being in a relationship, insisting that they are only friends.

The pair reportedly met in 2013 when they were both speaking on panels at the Arctic Circle Assembly in Reykjavik – a conference that brings together NGOs, politicians and corporations to discuss the future of the Arctic.

Mr Borgerson, who is divorced, is the CEO of a company called CargoMetrics and is described as an “Arctic expert” on his profile page for the Council on Foreign Relations, a think tank. According to the profile, he is a former coast guard officer and “has testified before a number of congressional committees, and contributed to White House strategic policy making”.

Despite the reports of a relationship between the pair, however, there is no evidence to suggest they are married. Mr Borgerson’s father denied any knowledge of the marriage this week, the Daily Mail reported.

There are several reasons why Ms Maxwell would not want the identity of her spouse to be made public – not all of them nefarious, as prosecutors suggested.

“The most obvious and benign is that she’s trying to shield the spouse from press inquiry and notoriety,” James Zirin-a former assistant United States attorney and partner at law firm Siegel & Kaufman, told Town and Country magazine.

“Other reasons, however, could include that he may have knowledge of where her assets are and of crimes that she may have committed.”

Mr Zirin noted that spousal privilege – a law that states that a spouse cannot be compelled to testify against the other spouse – would mean that whoever it is would be able to refuse to cooperate with the Epstein abuse investigation.

One acquaintance of Ms Maxwell’s suggested to The Times another more practical reason why she married: simply “to protect the money she had”.

But ultimately her attempts to do so ensured that she would remain in jail until her trial. Prosecutors spent much of Tuesday’s hearing detailing how a lack of transparency over Ms Maxwell’s access to millions of dollars “principally in foreign accounts” made it necessary to remand her in custody.

Ms Moe, the prosecutor, said Ms Maxwell cited a net worth of more than $10million when she opened a Swiss bank account last year, and an annual income greater than $200,000.

Her true wealth may be important for other legal actions. In addition to the criminal charges, Ms Maxwell is currently facing civil lawsuits from several of Epstein’s alleged victims, who allege that she was central to the abuse they suffered.

Ms Maxwell, the daughter of late British media mogul Robert Maxwell, began working for Epstein in 1999 and claims to have worked for him until 2006, managing his homes in New York, Florida, New Mexico, Paris and the Virgin Islands.

According to the indictment, which focuses on the years between 1994 and 1997, Ms Maxwell “facilitated” Epstein’s access to underage girls by “inducing and enticing” them for grooming and abuse at multiple lavish properties owned by Epstein.

These included his Upper East Side townhouse on East 66th Street, where he was known to throw lavish parties; his Palm Beach estate in Florida and his “Zorro” ranch in Santa Fe, New Mexico. Victims were also groomed and abused at Ms Maxwell’s personal residence in London, according to the indictment.

Three minors, unnamed in the indictment, were allegedly induced and enticed by Ms Maxwell.

Ms Maxwell sought to “normalise inappropriate and abusive” conduct to the victim, the indictment reads, undressing in front of her and being present when the victim undressed for Epstein. Within a year of meeting, Epstein was abusing the victim.

“Maxwell was present for and involved in some of this abuse,” according to the court papers, in particular, “in group sexualised massages of Epstein” where the victim would engage in sex acts with Epstein.

At Tuesday’s bail hearing, two alleged victims of Ms Maxwell and Epstein’s abuse addressed the court to argue that she be remanded in custody while she awaits trial. One of them, Annie Farmer, said she was 16 when she met Ms Maxwell.

“She is a sexual predator who groomed and abused me and countless other young women,” she said. “She has lied under oath and tormented her survivors.” She added that Ms Maxwell “has never shown any remorse for her heinous crimes”.

Mark Cohen, the attorney representing Ms Maxwell, said his client has been the “target of endless media spin” as he called for her release on $5m (£3.9m) bail.

“Our client is not Jeffrey Epstein. She is not the monster made out by the media.” 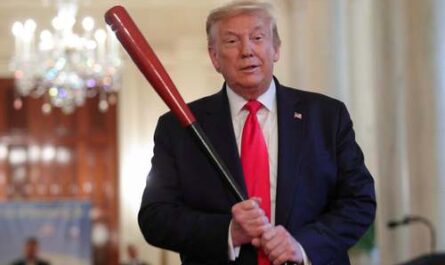 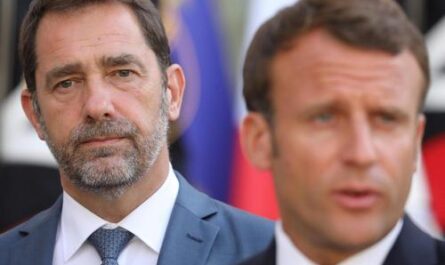 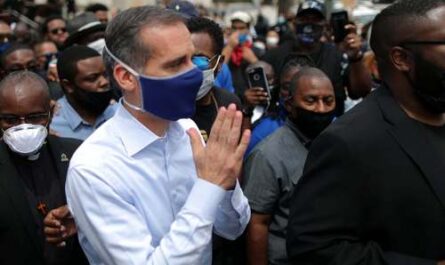