Iran’s hardline Revolutionary Guard on Monday also seized control of a South Korean oil tanker in the Persian Gulf that it claimed had repeatedly violated “environmental protocols”, according to the semi-official Tasnim news agency.

The moves coincide with escalating tensions between Iran and the United States a year on from the US assassination of former Revolutionary Guard commander Qassem Soleimani.

Taken together, Iran’s latest measures suggest it is responding to US pressure during the final weeks of Donald Trump’s administration with its own counter-manoeuvres, part of a longstanding doctrine of matching American escalations that has been repeatedly described by senior Iranian officials.

Iran has begun enriching uranium to 20 per cent purity, its most significant breach yet of the 2015 accord that placed limits on its nuclear technology programme. 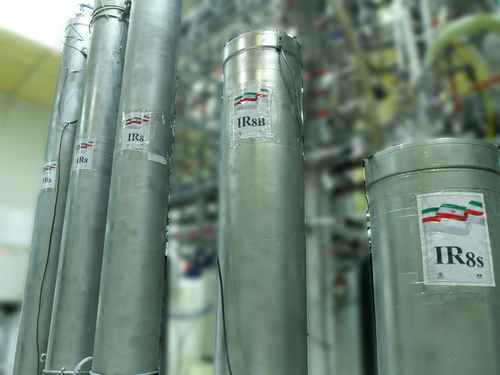 But analysts say Iran is also attempting to strengthen its position ahead of possible talks with the incoming administration of Joe Biden.

“Iran wants to deter a potential strike by the US,” said Thomas Juneau, a Middle East specialist at the University of Ottawa and a former Canadian defence department analyst. “It needs to signal that it’s able to act. At the same time, Iran is putting its pieces in place to maximise its position with the Biden administration when it comes into office. It is under massive pressure from the US and its needs to build up assets that it trades away.”

Iranian government spokesperson Ali Rabiei said that Tehran had begun increasing enrichment to levels beyond the five per cent threshold necessary for fuelling power reactors at its underground mountain facility in Fordow, which was itself supposed to be mothballed under the terms of the Joint Comprehensive Plan of Action (JCPOA), the nuclear deal abandoned by Mr Trump in 2018.

Iran has been steadily expanding its nuclear programme beyond the limits set by the JCPOA in response to an aggressive campaign of US sanctions that have damaged its economy.

“We resumed 20 per cent enrichment, as legislated by our parliament,” Iran’s foreign minister, Mohammad Javad Zarif, wrote on Twitter. “Our remedial action conforms fully with the JCPOA, after years of non-compliance by several other JCPOA participants. Our measures are fully reversible upon FULL compliance by ALL.”

Uranium enriched to 20 per cent is not enough to fuel a bomb, which requires purity levels of 80 percent or higher. While enriching uranium is a technically complicated and difficult process, enriching to higher levels is much easier once the initial stages have been mastered, according to physicists.

“This is a significant escalation,” said Kelsey Davenport, director of nuclear non-proliferation at the Arms Control Association, a Washington think tank and advocacy group. “Enriching to 20 per cent constitutes about 90 per cent of the necessary work to produce weapons-grade uranium. Twenty per cent poses a more serious proliferation risk, and stockpiling material at this level will begin to reduce Iran’s breakout time more quickly.”

Mr Rabiei said the International Atomic Energy Agency had been notified of Iran’s decision. If verified by inspectors, Iran’s move will complicate any efforts by Mr Biden’s administration to re-enter the deal once he takes office on 20 January, as well as an ongoing attempt to keep the JCPOA alive by its other signatories, including the United Kingdom, Germany and France.

Iran has not produced 20 per cent enriched uranium since 2013, when it halted under the terms of an interim nuclear deal that preceded the JCPOA. It eventually agreed to trade away its 300kg stockpile of enriched uranium to Russia, which along with China was also a signatory to the deal that Mr Trump abandoned and his allies have tried to sabotage.

The decision to restart production of 20 per cent enriched nuclear fuel comes just weeks after the assassination of military scientist Mohsen Fakhrizadeh, deemed the father of Iran’s nuclear programme, in a hit that Tehran claims was carried out by Israel.

Iran has vowed to retaliate in a number of ways for the killing, including ramping up dormant sections of its nuclear programme. While Iran’s nuclear moves amount to exercises in signalling that can be quickly reversed when Mr Biden takes office and potentially removes sanctions, there is the danger that its actions could be misinterpreted by others, said Mr Juneau.

“As much as it wants to avoid confrontation, the signals it sends might be misperceived as provocation by the Trump administration,” he said.

On Tuesday, Iran’s armed forces are scheduled to begin a massive two-day combat-drone exercise over the deserts of the central province of Semnan.

Tensions between the US and Iran have escalated in recent weeks. On Sunday, the US military announced it was reversing a decision to remove a battleship group led by the USS Nimitz from the Persian Gulf, citing “threats” against US officials, which may have included comments by Iran’s president, Hassan Rouhani, that Mr Trump would end up like Saddam Hussein, who was executed by hanging in 2006.

“Due to the recent threats issued by Iranian leaders against President Trump and other US government officials, I have ordered the USS Nimitz to halt its routine redeployment,” the acting US defence secretary, Chris Miller, said in a statement late on Sunday. “No one should doubt the resolve of the United States of America.”

The Hankuk Chemi, the giant tanker ship seized by the Revolutionary Guard, was loaded with 7,200 tonnes of ethanol and had left the port of Al-Jubeil in Saudi Arabia for South Korea, before docking at Iran’s Bandar Abbas port, pending judicial proceedings, Iranian news agencies reported.

Mr Biden and members of his incoming team have said they are eager to re-enter the JCPOA while also negotiating other aspects of what they describe as Iran’s disruptive behaviour in the region, including its support for armed groups and its missile programme. But a bill passed by Iranian lawmakers in recent days could bar any talks with the US on any topic other than its nuclear programme.

While Iran has been transparent about its intent to increase its enrichment levels and allowed inspectors to observe the process, the move risks undermining a restoration of the JCPOA.

“I think this is part of Iran’s campaign to pressure the US back into the JCPOA and deliver on sanctions relief,” said Ms Davenport. “What I’m concerned about is that Iran is miscalibrating its leverage. Europeans warned against Iran taking this step, and their patience is wearing thin.” 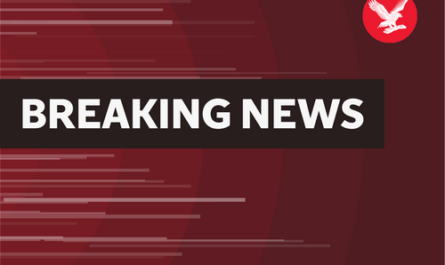 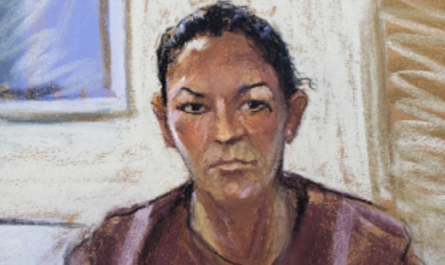 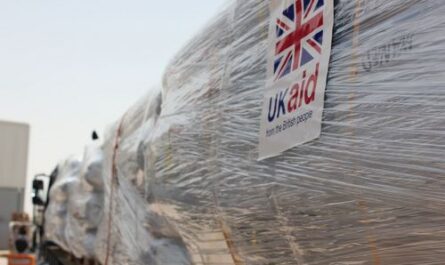