Mr Wallace won plaudits from other White House reporters and others for coming into the interview prepared with facts to rebut the president’s claims, which at times stretched the truth at best and defied it wholesale at worst.

In the backdrop of Mr Trump’s interview was polling from several outlets last week that mostly showed the president trailing his Democratic opponent, Joe Biden, by anywhere from 8 to 15 percentage points, as the president continues to struggle among voters disaffected by his handling of the Covid-19 crisis.

Donald Trump defended his performance in handling the coronavirus pandemic, his 2020 re-election prospects, people who fly Confederate flags and his own mental faculties in a wide-ranging interview with Fox News Sunday’s Chris Wallace.

Here’s what Mr Trump said on the issues that have dominated headlines in recent weeks:

While the president admitted for a moment during the interview that he may have made some mistakes during his handling of the coronavirus crisis – “I guess everybody makes mistakes,” he said – he once again claimed the virus would disappear, without citing evidence for his assertion.

Mr Trump has previously predicted, on multiple occasions, that the virus would quickly fade from the US, and also downplayed the severity of the crisis. He doubled down on Sunday, saying his prognostications would “eventually” be vindicated.

The US surpassed the grim milestone of 140,000 Covid-19 deaths on Saturday into Sunday, but Mr Trump has still insisted that the US has the lowest mortality rate in the world, which is not true.

According to Johns Hopkins University, the US has the seventh-worst mortality rate due to the coronavirus.

Countries like Russia and Brazil ranked lower in their own mortality rate, which Mr Wallace pointed out to the president to counter his statistics from a separate study that does not list Russia’s death rate and, even still, shows Brazil and South Korea have experienced a lower one.

The president repeated his claim that the US’s robust Covid-19 testing regime was responsible for inflating statistics about the severity of the crisis.

“Cases are up 194 per cent. It isn’t just that testing has gone up, it’s that the virus has spread,” the Mr Wallace said in response.

In a pivot away from remarks he made in March, Mr Trump acknowledged that he bears the burden of the US’s coronavirus response as president.

“Look, I take responsibility always for everything because it’s ultimately my job, too. I have to get everybody in line,” the president said.

In March, Mr Trump was indignant at a reporter’s question on whether he took responsibility for the country’s slow roll-out of a nationwide testing programme, which lagged behind those of several other advanced countries such as South Korea and Japan.

“I don’t take responsibility at all,” Mr Trump said at the time, vaguely alluding to a “set of circumstances” and “rules, regulations and specifications from a different time.”

He did not elaborate on what those inhibiting circumstances were at the time.

In his interview that aired on Sunday, Mr Trump proclaimed that US testing for the virus was now the “envy of the world” as the federal government continues to provide assistance to states and local governments to increase capacity.

Mr Trump said it was incumbent upon those leaders to execute good testing policy and administer the aid.

As White House economic advisers continue their offensive on health official Anthony Fauci, the top infectious disease expert in the US government, Mr Trump appeared to defend him from the most incendiary of accusations.

“Well, I don’t know that he’s a leaker,” the president said, answering a question from Mr Wallace about a cartoon previously shared by a Trump aide on Twitter accusing Mr Fauci of leaking negative things about the president to the press.

Mr Trump said he and Mr Fauci have “a great relationship,” despite White House economic adviser Peter Navarro publishing an op-ed in USA Today last week smearing Mr Fauci as being “wrong about everything” with regard to the coronavirus pandemic.

The president did agree with Mr Navarro, however, that Mr Fauci “was wrong” when he early during the pandemic when he opposed the president’s restrictions on travel to and from China, where Covid-19 is believed to have originated.

Mr Fauci has since admitted the policy limiting travel – which the Trump administration has inaccurately characterised as a “ban” – was the correct call, an admission Mr Trump was quick to highlight.

“He then admitted that I was right,” the president said.

Mr Trump reaffirmed his belief that Mr Biden lacks the energy and competence to be president, despite the former vice president’s decisive lead in the latest polling.

“Biden can’t put two sentences together. … They wheel him out. He goes up – he repeats – they ask him questions. He reads a teleprompter and then he goes back into his basement. You tell me the American people want to have that in an age where we’re in trouble with other nations that are looking to do numbers on us?” Mr Trump said.

The president declined to weigh in on whether he believes Mr Biden is senile, an accusation Democrats and the Biden campaign have said is both false and extremely inappropriate.

“To be president, you have to be sharp and tough and so many other things. He doesn’t even come out of his basement,” Mr Trump said of Mr Biden, which is a false claim.

The former vice president has appeared at multiple campaign events in just the last several weeks.

When confronted with his poor public polling numbers, Mr Trump insisted his internal polling showed him doing a better than most media stories reflect.

The president also accused “Democrat-run states” of not allowing him to hold rallies there over concerns about proper social distancing and the Covid-19 crisis.

At one point in the interview, Mr Wallace asked Mr Trump why his administration was seeking to roll back aspects of the 2010 health care law known as “Obamacare” right as the US is undergoing the largest health crisis in multiple generations.

Mr Trump said his policy team had a plan that would soon be enacted to help Americans get coverage, though he did not provide specifics, and the White House has not presented an itemised health care policy proposal to Congress in months.

That would be news to many lawmakers from both parties: Congress is not currently working on health care legislation, nor is the White House formulating a proposal to present to Congress that would have any chance of passing the Democratic-controlled House or the Senate, which would require bipartisan support to surmount its 60-vote threshold.

The president was noncommittal about refusing to sign coronavirus stimulus legislation if it does not include the White House’s stated priorities, such as his and Senate Majority Leader Mitch McConnell’s desire to protect health care workers and businesses from liability lawsuits related to Covid-19 exposure.

“Well, we’re going to see,” the president said about a fifth round of coronavirus aid that is expected to blow past the $1trn mark.

“We do need protections because businesses are going to get sued just because somebody walked in. You don’t know where this virus comes from. They’ll sit down at a restaurant. They’ll sue the restaurant, the guy’s out of business,” Mr Trump said.

Party leaders in Congress are expected to begin hashing out a deal when both chambers return on Monday.

Lawmakers want to strike a deal by the August recess, though Speaker Nancy Pelosi has said she is willing to postpone the August district work period if it means obtaining a better deal on coronavirus relief.

The parties remain far from a concrete compromise proposal that would also be well-received by Mr Trump.

Democrats are arguing for stronger workplace protections under the Occupational Safety and Health Administration (OSHA), putting the party seemingly at odds over how much responsibility businesses ought to take for potentially exposing people to coronavirus on their property.

Mr Trump also said in his Fox News interview that he “would consider not signing” any legislation if it did not include a payroll tax cut.

Democrats have expressed a strong opposition to the payroll tax cut, instead insisting on renewing beefed-up unemployment benefits for people who have been laid off during the pandemic.

As the racial tensions continue to simmer in the US after the deaths in police custody of George Floyd in Minneapolis, Breonna Taylor in Louisville, and others, Mr Trump defended people who fly Confederate flags as exercising their First Amendment right to freedom of speech.

“When people proudly have their Confederate flags, they’re not talking about racism,” the president said.

“They love their flag. It represents the South.”

The Pentagon circumvented Mr Trump on the Confederate flag issue by announcing a new policy on Friday that would effectively ban anyone from flying it at a military base.

The new policy lists the types of flags the US Defence Department will allow troops to fly on its bases across the world. The Confederate flag is not on the list of acceptable flags.

“I don’t care what the military says. I do – I’m supposed to make the decision,” Mr Trump said of the flag policy.

He added that he is opposed to renaming military bases named for Confederate officers, such as Fort Bragg in North Carolina, whose namesake, Braxton Bragg, was a Confederate general.

“Fort Bragg is a big deal. We won two World Wars with troops training there. Nobody even knows General Bragg. We won two World Wars. Go to that community where Fort Bragg is, in a great state – I love that state – go to the community, say, ‘How do you like the idea of renaming Fort Bragg?’ And then what are we going to name it? We’re going to name it after the Reverend Al Sharpton?” Mr Trump said, referencing the American civil rights activist, Baptist minister, and former Democratic presidential candidate.

Biden and the police

In perhaps the most heated exchange between interviewer and interviewee, Mr Wallace fact-checked Mr Trump in real-time over the president’s claims Mr Biden wants to “defund” the police.

Mr Trump responded that Mr Biden had “signed a charter” with Vermont Independent Senator Bernie Sanders that called for the Democratic National Committee to adopt “defund the police” as its position on the official party platform.

But the 110-page document of policy recommendations produced by six “unity task forces” of supporters of Mr Sanders and Mr Biden makes no such statement.

“It says nothing about defunding the police,” Mr Wallace said.

The president pushed back, saying, “Oh really? It says abolish – it says… Let’s go, get me the charter, please.”

Mr Trump then flipped through the document, announcing several policies in it he disagreed with. But he could not find anything calling for police departments to be abolished.

The document does, however, recommend significant police department reforms.

The Biden-Sanders task force on criminal justice reform recommended diverting some federal funding from police departments in order to create a “civilian corps of unarmed first responders such as social workers, EMTs, and trained mental health professionals” who would handle nonviolent emergencies such as mental health emergencies or low-level conflicts.

Such a corps of first responders would “free police officers to concentrate on the most serious crimes,” the task force states. 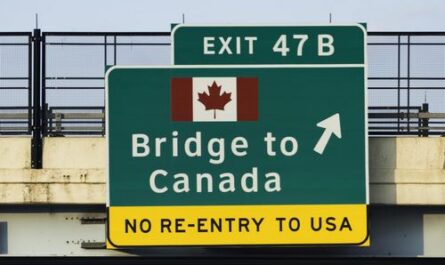 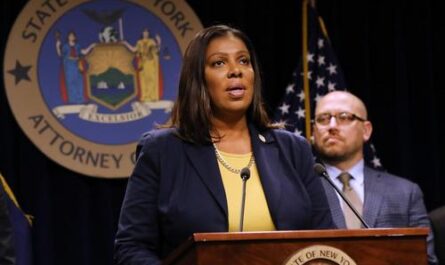 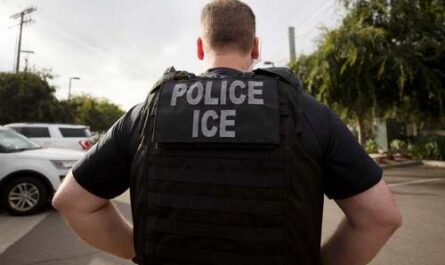