The comment can be viewed as an attack on Mr Biden as his son Hunter has battled drug and alcohol addiction for years – an issue Mr Trump tried to use against the Democratic president during last year’s election campaign.

Former president Donald Trump has taken what appears to be a veiled swipe at his successor Joe Biden, by suggesting that the key to being a good father is keeping children away from drugs, cigarettes and alcohol.

It came as the scandal around Republican congressman Matt Gaetz grew deeper, after he was accused of repeatedly showing lawmakers photos and videos of nude women he said he had slept with.

US health officials have authorised two new over-the-counter Covid-19 tests that can be used at home to get quick results.

The decision by the Food and Drug Administration is expected to vastly expand the availability of cheap home tests.

The FDA said the tests made by Abbott and Quidel could now be sold without a prescription, allowing people to test themselves repeatedly at home.

These home tests allow users to collect a sample with a nasal swab that is then inserted into a test strip, with results usually available in 10 to 20 minutes.

Repeat testing is thought to be important to reduce chances of false results – both tests can be used by adults to test children 2 years and older.

The Justice Department investigation into Republican congressman Matt Gaetz is focusing on his relationship to multiple women who were recruited online for sex and received cash payments, according to a New York Times report.

Sources for the newspaper said investigators believed Mr Gaetz had been introduced to the women by Joel Greenberg, a former tax collector in Seminole County, Florida, who was indicted last year on a federal sex trafficking charge.

Donald Trump’s former bodyguard has said the ex-president still owes him more than $130 (£94) for McDonald’s cheeseburgers.

Kevin McKay, who worked for Mr Trump in Scotland for five years until 2012, said he bought “20 cheeseburgers and fries” for him in 2008 after a visit to the Aberdeenshire site on which his Trump International golf course was later built.

President Joe Biden has allowed a proclamation by Donald Trump that blocked many temporary foreign workers from coming into the US to expire on Wednesday, according to a related court filing.

Mr Biden has rolled back a number of Mr Trump’s immigration policies since taking office on 20 January, including revoking a proclamation last month that blocked many immigrant visa applicants from entering the US.

The Trump administration first issued a directive on temporary foreign workers in June 2020 and renewed it through to 31 March this year.

The US Food and Drug Administration has authorised two changes to Moderna’s Covid-19 vaccine that can provide extra doses from each vial.

The agency said late last night that it had approved new vials from Moderna that can contain up to 15 doses each, compared with the original vials designed to hold 10 doses.

Additionally, regulators said providers could safely extract up to 11 doses from the original 10-dose vials – in a move which should help bolster US supplies and speed up vaccination efforts.

Moderna said in a statement that it planned to begin shipping the new 15-dose vials in the coming weeks.

The National Republican Senatorial Committee has tweeted a video reel of GOP presidents, including Donald Trump, throwing first pitches at baseball games, despite the fact that the recent president never threw a first pitch while in office.

“The @NRSC is using 17-year-old footage of Trump here because he never threw out a first pitch as president,” Max Steele, communications director of the Democratic think tank American Bridge, tweeted.

Japan’s prime minister Yoshihide Suga will visit Washington for talks with Joe Biden on 16 April, the Japanese government has said.

Although the trip had previously been announced, its exact date was unknown.

Chief Cabinet Secretary Katsunobu Kato told reporters that Mr Suga would be the first foreign leader to meet Mr Biden in person since he took office in January.

“That by itself is proof that the United States places importance on Japan,” he said.

“It is also significant as we demonstrate the strength of the Japan-US alliance and the US commitment to engage in the Indo-Pacific region.”

Kato added: “”We have been arranging [Suga’s visit] in the earlier half of April, but the date is set on 16 April, as we aim to take all possible measures to ensure success of the prime minister’s US visit and preparations for it.”

Tokyo hopes to strengthen the Japan-US alliance, which it considers a cornerstone of its foreign and security policies, and to discuss ways to cooperate on how to handle China, North Korea and advance a joint vision of a “free and open Indo-Pacific”.

Climate change and the coronavirus pandemic are also among key issues to be discussed.

Republican congressman Matt Gaetz has been accused of showing nude photos and videos of women to other lawmakers, according to a CNN report.

Multiple sources told the news network that the Trump ally, who is currently being investigated by the Department of Justice, had a reputation for bragging about his sexual relationships. 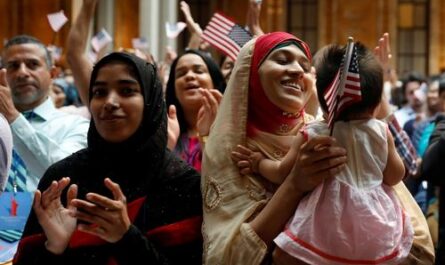 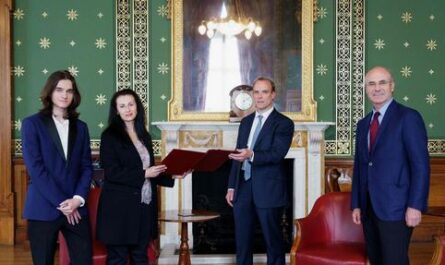 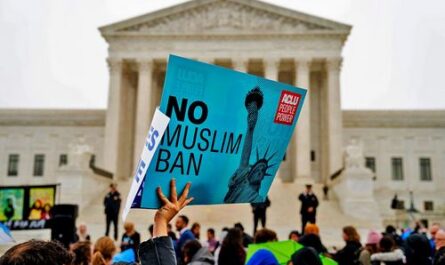