Dr Anthony Fauci, Director of the National Institute of Allergy and Infectious Diseases, said that some states skirted the benchmarks set by the federal government intended as guidance for when the states could safely begin re-opening.

The US has reported record-high numbers of new coronavirus cases for a third day in a row.

In addition to new cases, deaths are also on the rise again after initially dipping prior to the latest resurgence. Florida reported 120 coronavirus-related deaths on Thursday, the highest in the state since the virus began. Texas reported more than 100 dead, and California reported 137 dead.

“For the 1/100th time, the reason we show so many Cases, compared to other countries that haven’t done nearly as well as we have, is that our TESTING is much bigger and better,” Mr Trump said on Thursday.

Mr Trump’s assessment of the US’s testing efforts versus those in other countries hard-hit by the coronavirus is incorrect.

While the US has conducted more coronavirus tests than any other country, the US is also significantly more populated than many countries. According to Johns Hopkins University, the efficacy of testing is not tied to the sheer number of tests being done, but must be proportional to the size of an individual country’s epidemic.

According to the university, “…several countries effectively controlled the spread of the virus through testing programmes that had a far lower number of tests per capita than the US. Meanwhile, despite having the highest rate of tests per capita, the US faces the largest outbreak in the world and new cases continue to trend upwards in many states”.

As evidence mounts that the states opened prematurely and set the stage for a new surge of infections, Mr Trump has been more eager to treat Dr Fauci with derision.

Mr Trump has previously stated his belief that the coronavirus would simply go away – which, while not impossible, is certainly not guaranteed to happen – suggested the hot temperatures of summer would neutralize it, and recently claimed that 99 per cent of coronavirus cases are “totally harmless.”

“I’m trying to figure out where the president got that number,” Dr Fauci told The Financial Times. “What I think happened is that someone told him that the general mortality is about 1 per cent. And he interpreted, therefore, that 99 per cent is not a problem, when that’s obviously not the case.” 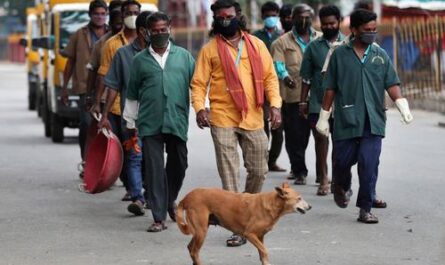