Also speaking on the Sunday politics shows yesterday were the mayors of major cities in stricken states, who warned that the pandemic was in danger of getting out of control.

Sylvester Turner of Houston, Texas, told Face the Nation on CBS: “If we don’t get our hands around this virus quickly, our hospitals could be in serious, serious trouble.”

Turner said the virus was disproportionately affecting people of colour and Latinos in his city and added: “The major problem is staffing… We can always provide additional beds, but we need the people, the nurses and everybody else in the medical profession to staff those beds.”

His Austin counterpart, Steve Adler – likewise a Democrat – attacked Trump for his “ambiguous” messaging throughout the crisis.
“It makes me angry,” the mayor told Bash on CNN. “You know, I understand he has a tough job, but it is dangerous not to be sending a clear message to Americans.”

“When they start hearing that kind of ambiguous message coming out of Washington, there are more and more people that won’t wear masks, that won’t social distance, that won’t do what it takes to keep a community safe,” he added.

“We opened way too early in Arizona. We were one of the last states to go to stay at home and one of the first to re-emerge, and we reemerged at zero to 60,” she said. “We had crowded nightclubs handing out free champagne, no masks. Our 20- to 44-year-olds, which is my own demographic, really led the explosion, and we’ve seen such growth in that area. We’re seeing a lot of people go to large family gatherings and infect their family members.”

Florida reported a record 11,458 cases on Saturday, and as of Friday, one in five coronavirus tests in the Miami-Dade region was coming back positive.

The mayor of that county, Carlos Gimenez, dared to blame his own constituents for that.

“My residents also kind of let their guard down in late May, early June, and also some of the protests we had here I think contributed to it,” Gimenez told Margaret Brennan on Face the Nation.

“We saw a rapid rise in young people being positive for Covid-19 around mid-June, and I think that had a lot to do with probably socializing, young people going to parties, maybe graduation parties at home,” he added.

Here’s the latest from Griffin Connolly on Florida as cases rise in 40 states. 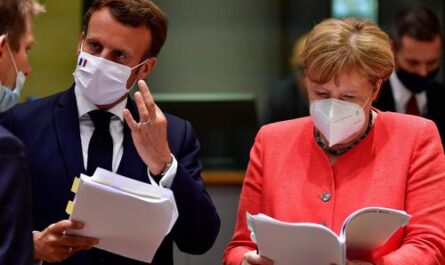